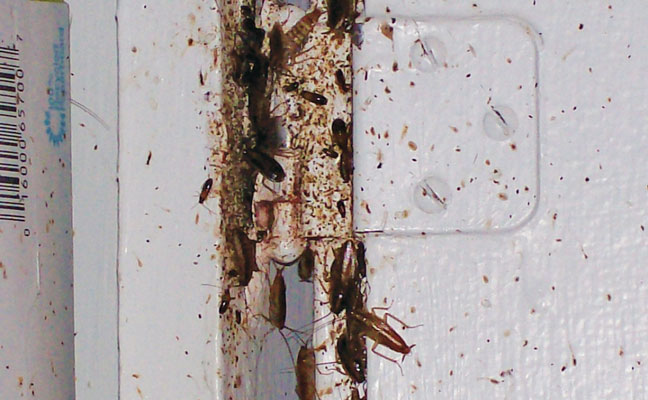 Kathleen Kaiser, president of Kaiser Pest Control Plus in Wichita, Kan., snapped this photo of a door hinge at a single-family home with what she calls the “worst cockroach infestation I have ever seen in a place where
people still lived.”

Two school-aged children lived in the home with their mother, and about a month after the first cockroach control treatment, Child Protective Services called Kaiser. The social worker told her when he first visited the family, the walls appeared to be moving with all the cockroaches (she agreed). But after the first treatment, he spotted only a few and commended her on a job well done.

“In the end, I was able to get control of the cockroaches,” she says. “But I don’t know whatever became of that family.”