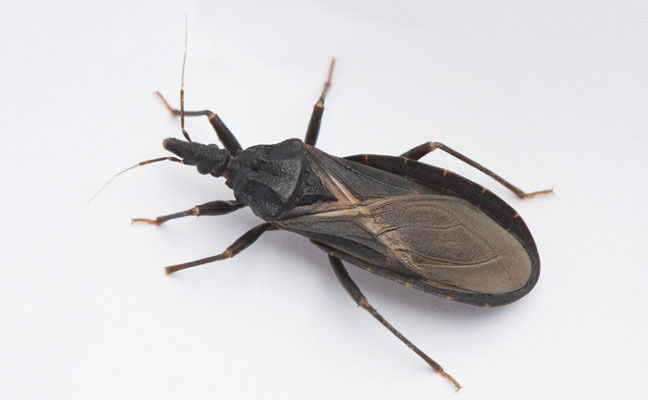 Vector borne diseases are nothing new to pest management professionals. But Chagas disease, which is transmitted from a kissing bug bite, is getting attention thanks to a reporter’s recent memoir.

The Kissing Bug: A True Story of a Family, an Insect, and a Nation’s Neglect of a Deadly Disease was written by Daisy Hernandez, a reporter for National Geographic, The Atlantic, The New York Times, NPR and Slate; and author of the memoir “A Cup of Water Under My Bed.” She also is an assistant professor at Ohio’s Miami University.

Sharing the story of her aunt, who died of complications from Chagas disease, as well as others who contracted the disease from a kissing bug bite, has raised awareness in the United States among the public and in the medical community.

Chagas disease is prevalent in Mexico, Central America and South America, where 8 million people are afflicted, the Centers for Disease Control and Prevention (CDC) says.

In the United States, more than 300,000 people live with Chagas disease; most are Hispanics from Latin America. According to the CDC, transmission of the disease occurs only in the Americas.

In an NBC Latino report about the book, Norman Beatty, an assistant professor of medicine at the University of Florida who has been studying the disease since 2015, says estimates show California, Florida and Texas have the highest infection rates.

In her memoir, Hernandez says her aunt left Columbia for treatment in the United States. As she conducted extensive research for her book, she discovered the medical community has not focused much on the disease, which has no known cure. Medication may help prevent its progression, however, if treated early.

But that’s not always possible, she explains, as many Hispanics have difficulty getting healthcare insurance or taking time off from jobs for doctor visits.

Triatomines feed on the blood of birds, reptiles and mammals — including humans — and are most active at night. Kissing bugs are so named because they typically bite a person near the mouth. Generally, triatomines live near the animal or person on which it feeds.

The CDC says, “The parasite that causes the disease is in the bug feces. The bug generally poops on or near a person while it is feeding on her blood, usually when the person is sleeping. Transmission of the parasite happens when poop is accidentally rubbed into the bite wound or into a mucous membrane (for example, the eye or mouth), and the parasite enters the body.”

The disease may spread through blood transfusions, organ transplants, and from mothers to their babies. Screening blood donations and testing early in a woman’s pregnancy have helped reduce the number of cases.

Improved, well-constructed housing that keep kissing bugs out and the use of effective insecticide indoors have helped reduce the spread of Chagas disease in Mexico, Central America and South America, the CDC says.