Prevention and trapping tips for the meadow vole 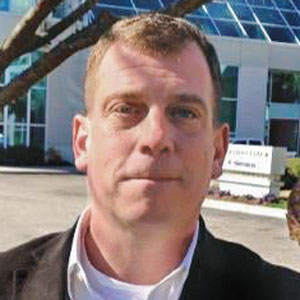 One common, profitable and often overlooked rodent species is the meadow vole (Microtus pennsylvanicus), also referred to as a field mouse or meadow mouse. This is the most common vole in North America.

Voles are mainly a problem in the landscape, but on occasion will enter homes. They are herbivores, eating leaves, stems, roots, flowers and bulbs. In winter, they will girdle woody ornamentals — often killing the plant. In many areas, meadow voles prefer areas with dense vegetation and a presence of ground litter. Rock walls, creeping juniper, and other ground-hugging vegetation are favorite habitats.

Winter damage under the snow is known as subnivean behavior and is very noticeable in the spring. This is a great time to seek out new customers as you inspect new customers’ properties for any pest problem, as winter activity really stands out.

Meadow voles are like nature’s potato chip: Everything eats them and they make up the base of the diet for many predators. They are one of the most prolific mammals on earth. Young voles are weaned in 12 to 14 days, and are sexually mature at around 30 days. In one study, a female meadow vole in captivity produced 13 litters in a one-year period with a total of 83 young born. The average life expectancy is about four months.

Habitat modification, including regularly mowing lawns, is important. Pulling mulch away from buildings and not allowing excess build-up, especially around woody ornamentals, also is beneficial. Wrapping trees in quarter-inch hardware cloth can prevent winter girdling. The wire mesh should be higher than the expected snow depth and buried 3 inches in the ground.

Trapping can be effective if populations are not too high. Use a lot of traps, placing the trigger end of the trap in active runways. Using a covered box containing multiple traps also increases success. When dealing with high populations, place appropriately labeled baits in tamper-resistant stations; rat-size stations tend to work best.

Schumaker is the director of business and product development for Wildlife Control Supplies.

Go beyond the pantry to find stored product pests