These top treatments are the lifeblood of the team 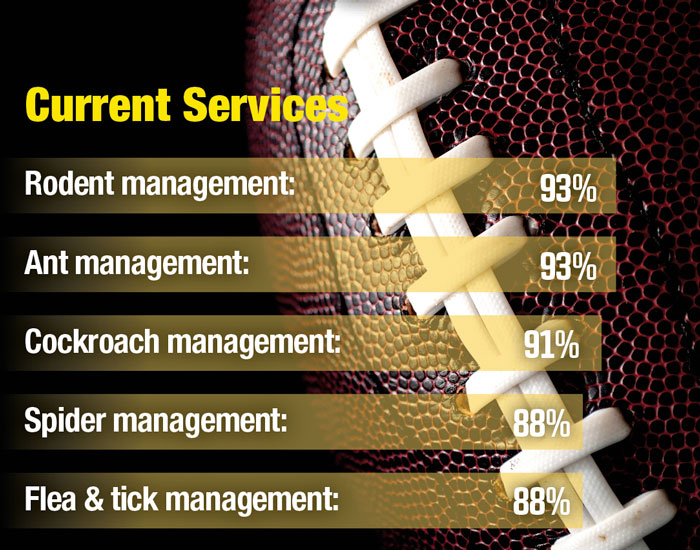 It’s likely no surprise that, according to Pest Management Professional’s (PMP’s) 2022 State of the Industry survey respondents, ants remain No. 1 in terms of the most revenue-generating pest and the most profitable pest, and No. 2 (only behind rodents) in terms of account volume. In fact, most of the “usual suspects” from 2021 are rounded up again for the new year. There are some deviations from last year, however, including:

Our survey found that the majority of pest management professionals (PMPs) are staying the course, focusing on existing services. Only 13 percent are planning to introduce new services this year.
For some, 2022 will be spent promoting a service already in place. Adam Rodriquez, owner of Atom Pest Control, Bakersfield, Calif., recently became an authorized In2Care mosquito trap installer.

“It’s something I was able to add to ongoing pest service as a win-win: The customer sees fewer mosquitoes and I have an added revenue stream.”

“There is a lot of old-growth ivy on houses. American cockroaches use that to gain entry through soffits and attic spaces, flying from area to area,” he says, adding Oriental cockroaches also are becoming easier to find in the shaded, moist crawlspaces of older Atlanta residences. “In fact, there’s a distinct difference between in-town and suburban accounts. In Atlanta, we deal with cockroaches. In the suburbs, we deal mainly with ants and spiders.”

As mentioned previously, stinging insects fell out of the Top 5 in-demand services this year. But at No. 6, it’s still a viable offering. Holley says working with beekeepers to remove honeybees is a good and widespread practice; however, pay attention to whether these specialists remove all of the comb at the account.

“If they leave comb inside a wall or void — well, let’s just say I’ve seen honey coming out of electrical outlets and running down the wall,” he warns. “And where there is honey, an ant problem is sure to follow.” 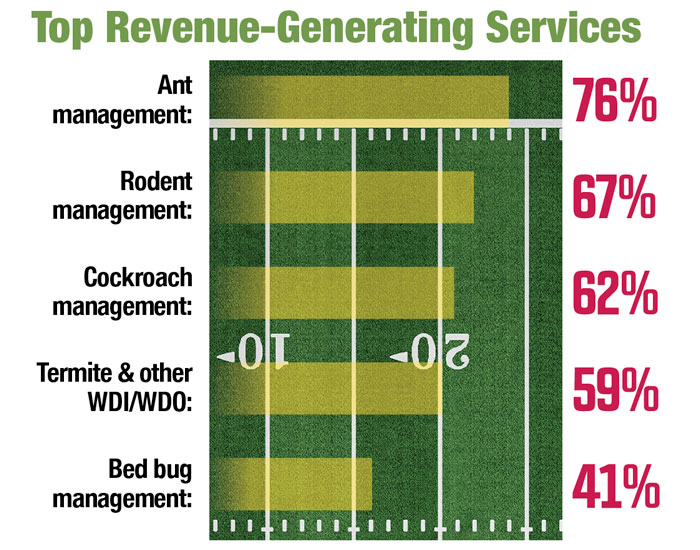 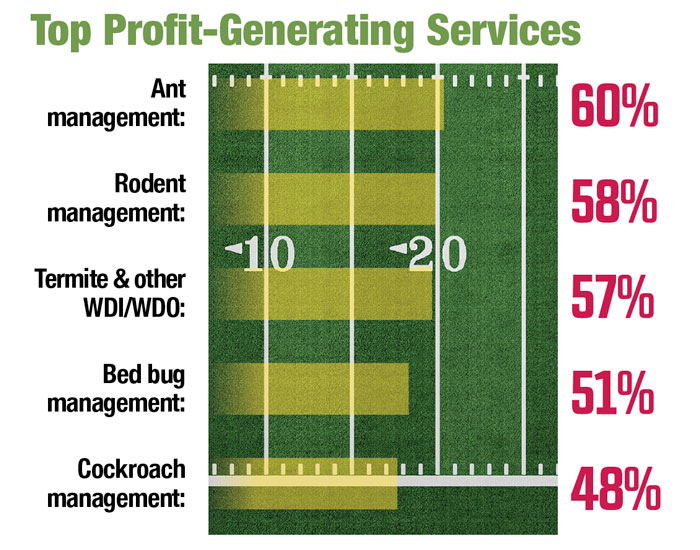 Category:
featured, From the Magazine
Tags:
1121, profit, revenue, State of the Industry