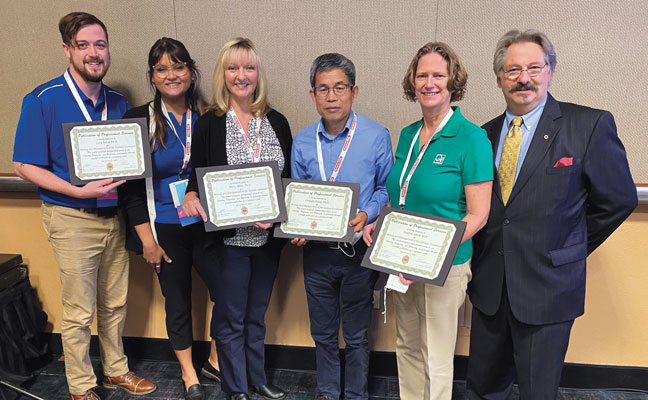 The Anticoagulant Rodenticide Task Force (ARTF) held its first combined virtual/in-person meeting at PestWorld 2021, after months of virtual meetings. Its goal is to support the registrations of anticoagulant rodenticides through joint advocacy, research and education.

“During our PestWorld meeting, we worked on our stewardship program for rodenticides: an in-depth educational video in modules, with best practices for applicators to follow that focus on minimizing risk to nontarget animals,” says Katie Swift, ARTF chair and senior manager of governmental affairs for Milwaukee, Wis.-based Liphatech.

“This stewardship program is particularly important to the EPA and the California Department of Pesticide Regulation for maintaining the uses of rodenticides, and the agencies will be providing feedback on the content,” Swift tells PMP. “Obtaining their final approval for the program and coordinating its distribution to applicators is one of the Task Force’s top priorities for 2022.”

In 2021, 14 new members joined the 415-member-strong organization. Members include entomologists, pest management professionals, manufacturers, consultants, researchers, professors, students, and others dedicated to the technical side of structural pest control.
New this year is a Junior Entomologist Program promoted at Pi Chi Omega’s PestWorld booth. It was created by entomologists and can be used by anyone who would like to share the organization’s passion for entomology. Visit PiChiOmega.org for details on how to use the program presentations, complete with speaker notes.

In other news, three awards were presented:

Pi Chi Omega also held its informal Raise the Bar get-together on Nov. 4. “It always gives us a chance to introduce prospective members to our fraternity and encourage them to join,” said Executive Director Andrea Coron. “We picked up about 20 new-member nominations during PestWorld.”