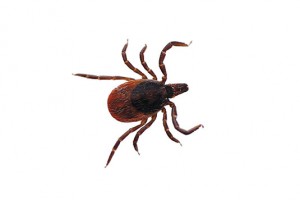 A new technique using small-scale geographic information systems (GIS) mapping of landscapes could make for better ways to target and manage ticks. And in fact, according to a new study, the vector-carrying black-legged tick (Ixodes scapularis) is hitchhiking less on deer and more on smaller creatures, such as mice and chipmunks.

As pest management professionals who focus on public health know, the areas that are thick with ticks are at risk of spreading Lyme disease and other illnesses. The GIS mapping of landscapes that promote density of disease-bearing ticks confirms that they can thrive in wooded spots with the patchwork of trees and grass typical of suburbs. This knowledge can be used to improve tick control in neighborhoods.

“We think that tick density is largely driven by the tick’s own habitat needs and that of small-mammal hosts with relatively small home-range sizes, such as mice and chipmunks, rather than that of larger hosts with larger home range sizes, such as deer,” Dr. David Allen, of Middlebury College in Vermont, said in an article that recently appeared in Entomology Today, an online publication of the Entomological Society of America.

Areas that are thick with ticks can spread Lyme disease and other illnesses. The GIS mapping of landscapes that promote density of disease-bearing ticks confirms that they can thrive in wooded spots with the patchwork of trees and grass typical of suburbs. This knowledge can be used to improve tick control in neighborhoods.

Dr. Allen and his colleagues published their study of GIS mapping of tick exposure in October 2021 in the Journal of Medical Entomology.

Some of the most important tick hosts were notably the white-tailed deer that “thrive in fragmented, human-dominated landscapes where small forest patches are surrounded by other land cover types,” noted the researchers.

GIS is a computer system that analyzes and displays geographically referenced information, using data attached to a unique location.

The method for mapping predicted tick exposure risk has a fine resolution, of 200-by-200 meters, appropriate for public health intervention and appropriate for use on small areas suited to tick control measures.

“The resolution of our map, 200 meters by 200 meters, is an area over which it is feasible to apply the tick control methods,” Allen said.  The buffer, or area, that performed best in the study spanned 100 meters.

Field research for modeling the method was carried out in wooded habitat of western Vermont with various stages of forest fragmentation, elevation and alteration by human activity. Samples of black-legged ticks were collected biweekly during June and the first half of July in 2021. This period was chosen because that’s when tick nymphs — the main culprits when it comes to human infection, according to the article — are the most active and people are enjoying the outdoors.

Researchers determined the density of nymphs as a measure of disease exposure risk. To construct the method, researchers took into account a variety of environmental variables that impact ticks and their hosts, such as leaf litter, canopy coverage and soil moisture. The model was applied and tested by mapping predicted tick density across Addison County, Vt.

The research points to some ecological relationships that suggest there is more to factors contributing to tick density than meets the eye.

“We wanted to understand what habitat, climate, land cover, and physical characteristics best explained tick density,” Allen said. “Tick density should be driven by the habitat needs of not only the tick itself but also of the tick’s hosts. We thought that tick density might be influenced by these predictor variables in a large area surrounding the actual tick collection location, because some tick hosts, like deer, have large home-range sizes.”

As buffer size was increased, the ability of the model to explain tick density decreased. This relationship suggests that ticks concentrate in areas of closed cover, which retain moisture and thick leaf litter, within the larger context of fragmented landscapes.

White-tailed deer carry ticks but, where deer are numerous, they thin the bushes that ticks love. When Dr. Allen and his colleagues expanded the buffering zone to 2,000 meters, attuned to the larger home ranges of tick hosts such as deer, the method’s ability to explain tick density decreased.