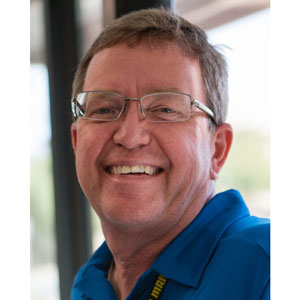 He will remain based at the company’s Fort Worth, Texas, location.

King joined Truly Nolen in 1995 as a sales professional and has held multiple positions within the company over the last 26 years. Most recently, he was the Texas/New Mexico district manager. He will also offer ongoing support to those areas as necessary.

Prior to joining Truly Nolen, King spent 17 years in the insurance industry, which included running his own agency for six of those years. During that time, he was contacted by an old family friend about buying his pest control company. Although King decided against the purchases, he did become interested enough in the industry to leave his insurance job and join Truly Nolen.

King’s primary goal will be to ensure all new partners are properly onboarded and set up for success. Some of King’s new responsibilities will include a focus on ensuring company partners are properly trained, providing the tools necessary to be successful and making sure new team members have a proper introduction to the company’s culture. In addition, he will provide future assistance with the company’s manager-in-training program and support of the company’s career-pathing development as these programs evolve.

Founded in 1938, Tucson, Ariz.-based Truly Nolen of America is one of the largest family-owned pest control companies in the United States. Truly Nolen has over 80 branch offices in Arizona, California, Florida, Nevada, New Mexico, Texas and Utah. The company also has independently owned and operated franchises in an ever-growing number of territories including Kentucky, Georgia, New Jersey, Canada, Puerto Rico and over 60 countries.