Portions of the National Pest Management Association’s (NPMA’s) took place in person once again this year, as educational sessions, committee meetings and networking receptions took place March 13-15. Like last year, however, the Capitol Hill visits with state representatives will be held online March 16 because the U.S. Capitol and House and Senate offices remain closed to the general public, a move that took place two days after the Legislative Day event ended in 2020.

The purpose of Legislative Day, now in its 38th year, is to meet with Congressional representatives in their offices on Capitol Hill and explain the issues that currently are having an impact on the pest control industry.

This year, the NPMA asked PMPs to discuss two issues with their representatives. The first is pesticide preemption, which means the Environmental Protection Agency and the state lead agency have the technical expertise and resources to best evaluate whether a pesticide is safe and effective, as opposed to municipalities. Representative Rodney Davis (R-IL) is introducing a bill that would ensure pesticide preemption nationwide. During their Capitol Hill visits, PMPs were asked to see if their representatives would be interested in co-sponsoring this bill.

The second issue is the Protect America’s Children from Toxic Pesticides Act (PACTPA) which would repeal pesticide preemption in the 46 states that currently have it, allow citizen petitions to designate pesticides as “dangerous,” and immediately suspend in the United States and pesticide that has been banned or suspended in Canada or the European Union. 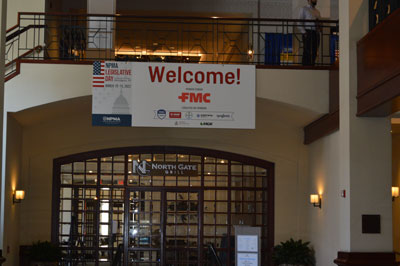 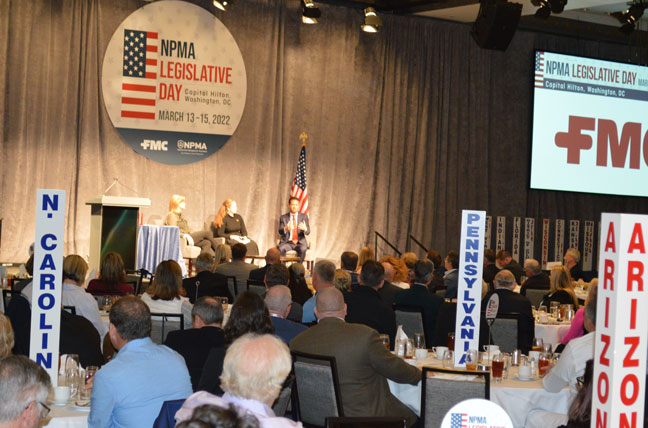 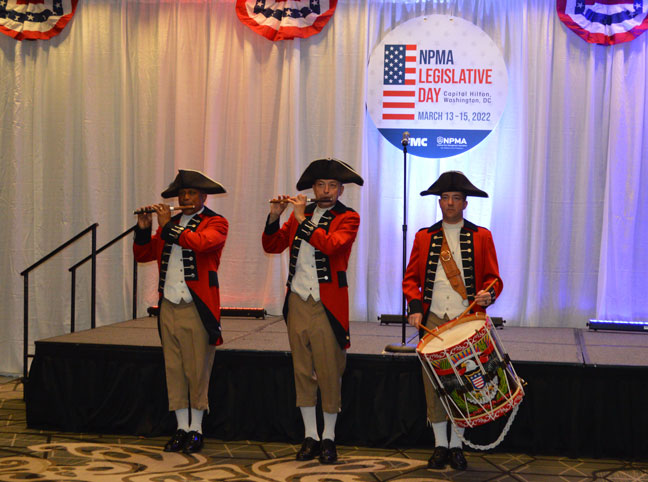 The American Originals Fife & Drum Corps provided music in celebration of our nation’s history during the Welcome Reception on March 13. PHOTO: PMP STAFF 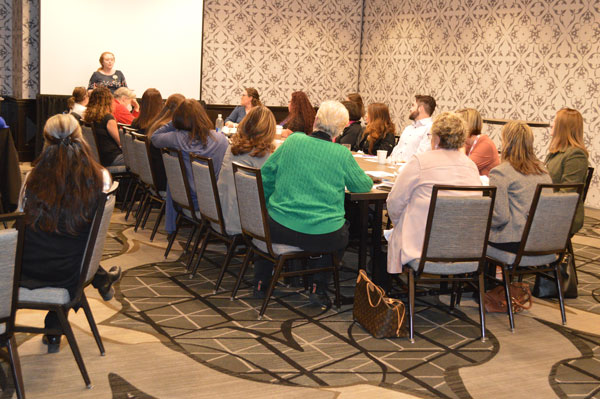 The Professional Women in Pest Management (PWIPM) Council held its networking event on March 13. The meeting was sponsored by ServicePro and open to men and women. PHOTO: PMP STAFF 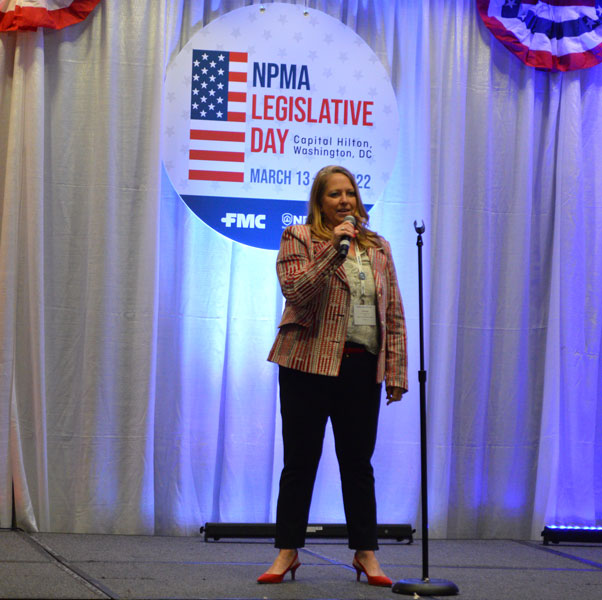 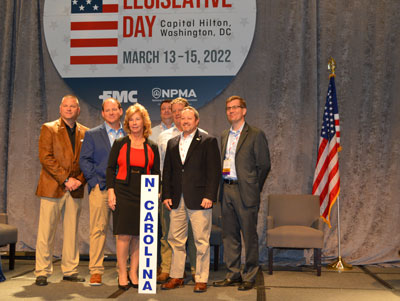 Legislative Day attendees who plan to meet virtually with representatives from North Carolina gathered for a photo after discussing their talking points. PHOTO: PMP STAFF 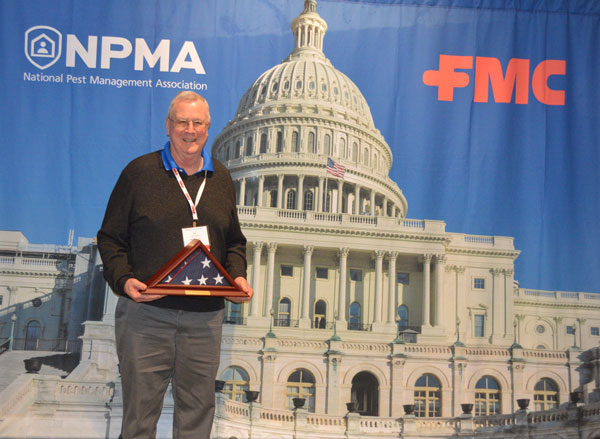 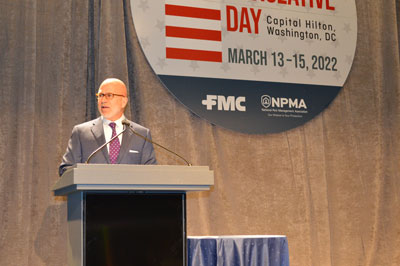 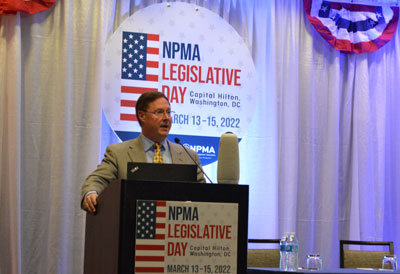 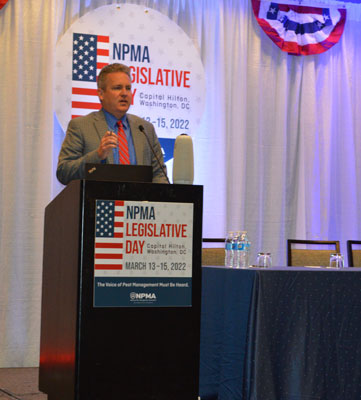 Bob Cusack, editor-in-chief of political news site The Hill, offered his take on past and upcoming elections during the breakfast keynote on March 14. PHOTO: PMP STAFF