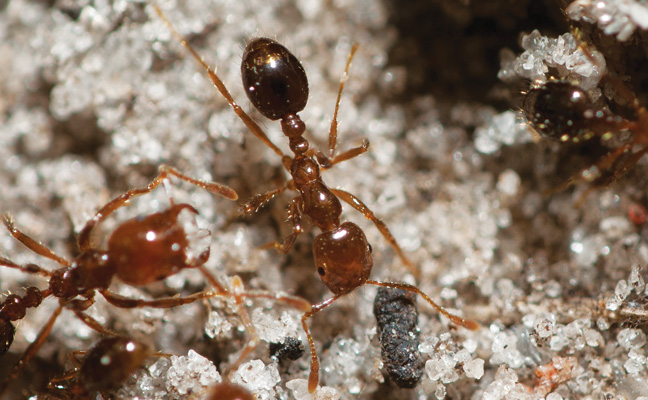 Invasive species of fire ant reached North America in the 1930s from Argentina and spread fast in southern states of the US, currently costing  $6 billion a year in economic damage, according to ZME Science. While the solution so far has been pesticides, a study is now suggesting using a virus to tackle the problem.

Researchers reported a sevenfold decrease in the number and size of RIFA nests after being exposed to the virus.

“We’re quite pleased that it contributes to the natural control of [red imported] fire ants,” Dr. Steven Valles, the lead author of the study and researcher at the U.S. Department of Agriculture, told The Washington Post. “It’s important to continue to release things that will naturally control the ant to give it more ecological balance with the native ants so that they can compete.”

The virus is naturally present in the U.S., but its prevalence is low and infrequent.

Prior to the study, viruses have been used as biocontrol agents against some pests, but never against ants. To date, only SINV-3 has been proven in the lab to cause mortality at a level sufficient enough to act as a biocontrol agent against fire ants.

Researchers focused solely on RIFA, which occupies 150 million hectares from Florida to California and is responsible for damages to crops and livestock. The virus was effective at clearing out the RIFA, according to the study.

Would you try to use the SINV-3 virus as a way to control RIFA colonies? Tell us in an email at pmpeditor@northcoastmedia.net.