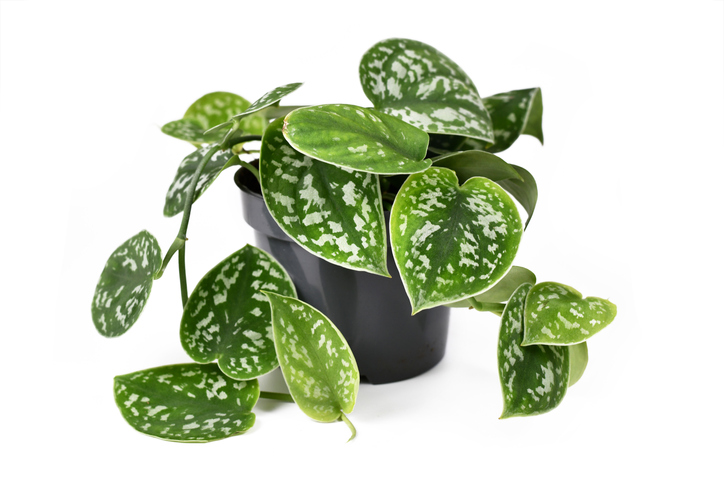 For just about any cat, just a few leaves of catnip can trigger animated fits of rolling, chewing and kicking.

Silver vine (Scindapsus pictus) — or matatabi in Japanese — is an Asian plant that inspires a similar high in our feline friends.  A new study from researchers in Japan shows that the instinctive response from this plant brings benefits other than pure pleasure to cats.

The group’s latest research has shown that the way cats lick and chew the leaves causes the plant to release 10 times the amount of the compounds that protect cats from mosquitoes and other pests.

In past work, Dr. Miyazaki and his colleagues discovered the compounds were able to repel Asian tiger mosquitos (Aedes albopictus) mosquitoes, which are common in Japan and China, as well as in the U.S. However, the team wanted to take a closer look into what happens on a chemical level when the leaves get damaged by cats.

The researchers tested out different chemical cocktails to see how cats and mosquitoes each responded to them.

When given trays with intact and damaged silver vine leaves, cats spent more time licking and rolling around on the damaged leaves. Researchers then synthesized the chemical cocktails found in these leaves and the cats again spent more time with the damaged-leaf mixture.

Researchers found that the chemical mixture most attractive to cats was also most repellent to mosquitoes.

The team hopes the results will help with the formulation of pest control products.

“A most important point is that our research will be of interest to the public,” Dr. Miyazaki told Treehugger. “The other point is that our findings will be useful to develop mosquito repellents that are derived from natural compounds.”

The results were published in the journal iScience.