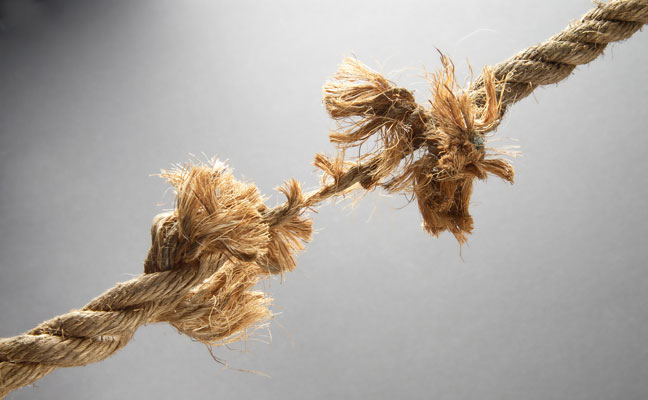 When I was a senior in high school, my best friend asked me to type his final English paper. It was supposed to be 10 to 12 pages long and was a significant part of our grade. If my friend failed, he would have to take summer school to graduate.

I told him to give me a topic that interested him and $20, and I would do all of the work. Keep in mind this was before laptops, Google, cell phones or Wikipedia. The only thing I had was a very used electric typewriter and a set of Britannica encyclopedias. Not only that, but I grew up on a farm, so I had to drive 20 miles to Scottsbluff, Neb., to find a decent library.

So, I typed up his senior paper — I think it was on Henry Ford — and started to write my paper, which was going to be on World War II. A couple of weeks before the papers were due, another one of my friends begged me to write his paper, too. I figured I had plenty of time, so I told him the same deal: topic and 20 bucks. A couple of nights later, another friend called. And then another. I started cranking out some great papers (side note: they all got A’s).

I finished my fifth paper 36 hours before they were due when I remembered that I had not finished mine yet! After school, I took my electric typewriter to the public library and worked non-stop until they kicked me out. Later that night at home, I realized my spacing and margins were set wrong so I had to start typing all over again. To make matters worse, my correction tape on my typewriter ran out so I had to use liquid Wite-Out. My paper was a mess: Twelve pages on how the harsh Russian winter changed the tide of the war and helped the Allies win.

MORE TO TAKE ON

That is a typical Pete Schopen move. I tend to bite off more than I can chew. In years past, the only person feeling the pressure was me — and my poor wife, residually. But now I have a great group of employees I lean heavily upon. Because I have all of this help, I decided to really put the “pedal to the metal.” Starting last November. I:

Up through the end of December, everything was going smoothly, despite more Covid-19. But in January we had to fire a salesperson. That started a chain reaction that would lead us to hire three inside salespeople, six customer service representatives (CSRs), and 11 technicians — and nearly burned out two managers.

From January through March, we focused on creating an all-star sales team. I recruited two of my best techs who were thinking of otherwise quitting because of health issues (one was allergic to pesticides and the other was allergic to insulation). I then hired the wife of my director of operations. Along with the two existing salespeople, this added up to five solid individuals answering phones and making sales in our Call Center.

As soon as we had things settled with our sales team, we lost three CSRs in a span of 10 days in February and March: One moved to Arizona and the other two left to take jobs at banks. My poor office manager was working 70 hours per week trying to keep the routes organized.

In response, we kept hiring CSRs until we finally hit our stride, with the retooled five-woman team doing an excellent job of coordinating and scheduling the routes.

But just as my April 2022 Pest Management Professional cover story, titled “Recruiting and Retaining All-Stars,” hit mailboxes, we started to lose technicians — five of them in the span of two months. This put an incredible amount of pressure on all of us, especially my branch manager. Each day, he had to not only run a route, but also stay on top of his paperwork.

People were responding to our job ads, but not showing up to interviews. In desperation, we began training seasonal workers to get us through the summer.

In the span of six days in June, we hired four college kids (including my son Caleb) to handle our power sprays, as well as wasp and mosquito accounts. They have been awesome and have greatly reduced the stress on our regular route technicians. Not only that, but their work gave management back the time we needed to find two solid full-time service techs who should be up and running soon.

My senior year of high school, I took on more than I could handle and it wound up hurting me and my English grade. I ended up getting a D- and a scathing note from my teacher. I hope this year’s Schopen Pest projects and employee issues won’t hurt my current employees, family or business. Time will tell. Now, what can I work on next?