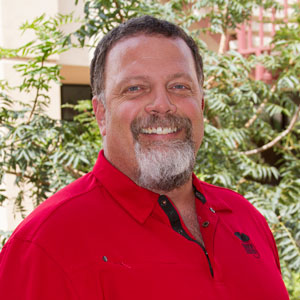 Truly Nolen of America announced the election of the long-time team member and current information technology (IT) director, George Lawlor, as an officer of the company by the board of directors.

Lawlor, who becomes the ninth officer for the company, will remain based at the Truly Nolen’s Tucson, Ariz., headquarters.

He first joined the company in 2008, and over the last 14 years, has helped shape the pest control industry in technology throughout his career. He was a finalist in the 2021 and 2022 Orbie Awards’ Arizona CIO of the Year and has 27 years of experience in the IT industry.

“I have worked with George for 12 years and can say without exaggeration that he is the best example of a leader I have ever had,” said Jesse Hagardt, assistant IT manager at Truly Nolen. “He never gets angry and his patience with our team has created an environment that is fun to work in and eases all of our stress. He never asks anything of us he would not do himself, and he is always right beside us when things get tough.”

“It is an absolute honor to have been elected by the board of directors as an officer of the company,” Lawlor said. “I am fortunate to be surrounded by a strong team that day in and day out works hard to make sure we continue pushing forward from a technology standpoint.”

“Although George has been an executive team member for quite some time, his recent election to become an officer of Truly Nolen is a reflection of the trust our Board of Directors has in George as a representative of the company,” said Scarlett Nolen, who is also a Pest Management Professional online columnist. “He has been critical in bringing our company into the modern world of technology and we are proud to be a leader in technology in the pest control industry.”

Keeping the focus on our people