To learn more about how Pest Management Professional’s (PMP’s) readers tackled challenging cockroach infestations, we asked them to share their biggest battles with various species of this pest. Those who responded to PMP’s 2022 Cockroach Management Survey, conducted online in June 2022, mentioned encounters in homes, multi-unit housing facilities and restaurants. Read on to learn how their pest control expertise helped them conquer cockroaches. 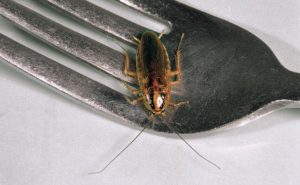 Blattella germanica will overstay its welcome — until you do something about it. PHOTO: Clemson University – USDA Cooperative Extension Slide Series, Bugwood.org

“There are too many big cockroach battles to detail or prioritize one over another. I have seen restaurants with thousands of cockroaches hundreds of times over my career. I do have some great stories to share. We eliminate all cockroaches either on the initial service, or the initial follow-up service. We back that up with the strongest guarantees in the industry. I often say, ‘It’s not the application but the applicator.’ Eliminating cockroaches comes down to having properly trained technicians who are fully equipped and given adequate time to eliminate all cockroaches. It all starts with getting the right price, and having customers who understand our system and comply with it.”
— Arthur Cassidy, President, Systematic Pest Elimination, Township of Washington, N.J. 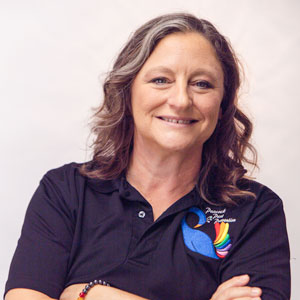 “Since I started my company, my largest battle was at a breakfast restaurant. Walking in during daylight hours just after brunch service, all the employees were still in kitchen closing up for the day and German cockroaches were active throughout, in broad daylight with people around. So, you know that’s bad. The customer called because the problem had made it to the dining room, and they were starting to get customer complaints. The first night we came in and used dust in cracks and crevices, and ceiling tiles. We caulked and sealed that dust in the cracks and crevices. We caulked and sealed around pipe voids, and made detailed notes about the areas that needed to be sealed with actual repairs to walls (work that is outside of our scope). We then used liquid baits with an insect growth regulator (IGR) added on the floors and baseboards. We used monitors everywhere. The owner said when he walked in the next morning, it looked like the beaches of Normandy there were so many dead cockroaches to clean up. We came back weekly for four weeks, changing baits each time. By week three, we had hardly any activity in the monitors. Week four, we had no activity in the monitors. Now, we maintain with monthly service that includes a spray of the baseboards with an IGR mixed in, and baits up high around any storage areas (where items are brought in) and monitors everywhere so we can be proactive.”
— Lisa Botts, Owner, Peacock Pest Prevention, Houston, Texas 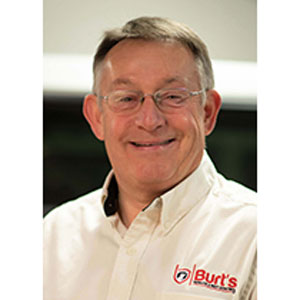 “A property manager called us about cockroaches showing up in ‘high-end’ apartments that were above a restaurant. Our inspection revealed very little activity in the apartments, but our inspection of the restaurant … WHOA! Hundreds of German cockroaches were in every nook and cranny of the kitchen, and making their way out into the wait and drink stations of the dining room as well. The sad part was that they had a pest management professional servicing them weekly, but I think he was overwhelmed. We used three technicians armed with vacuums, caulking guns, gel baits, dust baits and liquids, and worked for several hours on the initial visit. We followed up weekly for two more weeks using these techniques and glue boards to verify our progress. We also suggested they change their storage shelves from wood to mobile metal racks to help facilitate better sanitation. It took three weekly follow-up visits, but remarkably we had 100 percent control in four weeks, and no more complaints from the residents in the apartments. We had very happy residents, property manager, restaurant owner and Burt’s technicians. That was two years ago, and we still compare each new cockroach cleanout to that one.”
— Doug Foster, President, Burt’s Termite & Pest Control, Columbus, Ind. 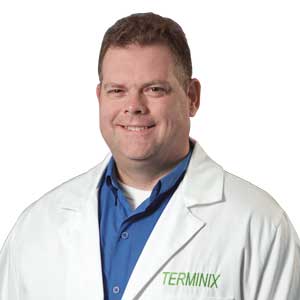 “I had an American cockroach infestation in an older slab home with multiple additions. Several treatments performed by the treating technician used dusts, aerosols and baits on the inside of the home, along with liquids and baits on the outside of the home. No apparent conducive conditions were present. After a long conversation with the customer, it was noted that a water leak had occurred years prior behind the dishwasher in the kitchen, which is where the majority of the cockroach activity had been seen. Upon pulling out the dishwasher, a large hole patched with a piece of cardboard (from when the plumber fixed the water issue) was found. Removing the cardboard revealed lots of cockroaches and their feces in a perfect environment that wasn’t accessible before. Treating the wall void and patching the hole properly finally resulted in control of the infestation, which was ongoing for about a year.”
— Kevin Hathorne, BCE, Technical Director, Terminix Service, Columbia, S.C.

“I have a customer who has a large log cabin home on a heavily wooded lot. I tried everything in my power to get a cockroach infestation under control, and nothing I tried could control them. I was highly frustrated, and then dinotefuran came on the market. I tried this chemical, spiked with a high-quality insect growth regulator (IGR), as my last resort. I told the customer if I could not get this under control, there would be no charge. I sprayed the chemical according to the directions, including behind the refrigerator and freezer, under and on the sides of the dishwasher, under the oven, behind the trash compactor, along the toe kicks, plus under the sinks. I advised them to sweep up any dead cockroaches and egg sacs, and then dispose of them in the trashcan outside. I went back every week; after a few weeks, the cockroach population started decreasing. A few weeks later, the customer’s wife saw me out in public and hugged and kissed me on the cheek, telling me that for the first time in almost three years, when she got out of bed at night to get something to drink there was nothing scurrying across the floor or counter tops. Her husband came up and started stuffing cash in my shirt pocket, almost tearing my pocket off of my shirt. He said after three other pest control companies had tried and failed, the regimen I suggested — an aggressive sanitation program and aggressive pest control measures — they had relief for the first time in almost three years. Since then, I have performed quarterly routine pest control for this customer, which eliminated a carpenter ant infestation and included a full termite treatment. They are a very happy and loyal customer. People appreciate good service and effective control. I must have received at least a dozen referrals from this customer. I wouldn’t change a thing.”
— Don Wood, Co-Owner, Bestway Pest Management, Knoxville, Tenn.

The largest cockroach treatment I ever performed was several years ago at an apartment complex. This was a small one-bedroom apartment that had a massive infestation of German cockroaches. When I pulled the refrigerator away from the wall, there was a 1-inch-thick sheet of cockroaches that was the width and height of the refrigerator. This sheet was packed so tight against the wall that only a few dropped off when I pulled out the refrigerator. It was the biggest cluster of German cockroaches I had ever seen. I used an aerosol and a fogger to kill most of these cockroaches on the first treatment. I had to perform at least three treatments before there were no signs of any cockroaches in this apartment.
— Foster Brusca, Owner, The Pest Posse, San Jose, Calif.

“The biggest battle was a three-story single-family dwelling. German cockroaches were on all three levels. The cockroaches numbered in the thousands, and were easily visible during daylight hours. We used a combination of wall void dusts, baits, and an insect growth regulator (IGR). We achieved complete control in 60 days; a 90-day follow up was just an inspection.”
— Hildred Williams, CEO, Hildred Williams Pest Solutions, Marietta, Ga.

“Our biggest cockroach battle was at a high-end hotel. German cockroaches were in the kitchen, which was constantly getting re-infested. We performed service outside of normal service times, and discovered the night chef was bringing in a boom box from home that had hundreds of cockroaches in it. He would leave before our technician arrived so cockroaches were left behind, but the source of the cockroaches was being brought in and out of the kitchen daily.”
— George Wynne, ACE, Field Training Manager/Quality Control, ABC Home & Commercial Services, Wimberley, Texas

“We just treated a three-unit rental building for German cockroaches. There were too many to count, and they kept coming out of the woodwork. By the end of the service, the counters and floors were completely covered, with nowhere really to step. The main focus was in the kitchen, but they did spread to the other rooms of the units. We had one technician who had to use a cover suit, along with a respirator to protect himself. We used a few techniques: more than one insect growth regulator (IGR), a fogging machine, dust to penetrate behind the walls and get into the refrigerator engines, and a vacuum to clean out. A follow up call indicated no issues so far. Typically, with this type of infestation, we would follow up with an additional service and just use a few IGR pesticides and/or dust.”
— Valerie Cruzado, Office Manager, Protector Pest Solutions, Cumming, Ga.

“An apartment was so infested that no combination of insecticides was able to even make a dent in a population of millions of cockroaches. The problem was so bad, you couldn’t stand in one place for a few seconds without having cockroaches climbing on, or falling on you. All 110 units in the building were infested. We performed several clean out treatments in every unit. We then followed up with the remaining problem units, and the building was completely under control after three months.”
— Sholom Rosenbloom, Service Manager, Rosenbloom Pest Control, Pikesville, Md.

“Our biggest cockroach battle was a single-family home. The residents of had a major cockroach issue since moving in six years ago. The German cockroach infestation stemmed from two broken pipes: one broken pipe was behind the dishwasher and the other was under concrete, about five feet from the first broken pipe. Most of our cockroach issues stem from irrigation issues or broken pipes somewhere on the property. We work hand-in-hand with a plumber when these infestations arise.”
— Nora Wiseman, Owner, Jax Pro Pest Control, Mesa, Ariz.

“We followed an infestation backwards from a commercial kitchen to the janitor’s storage room that was crawling with German cockroaches. We could not solve the issue in kitchen until janitor’s closet situation was resolved. We used a vacuum, an insect growth regulator (IGR), gel bait and dry flowable bait.”
— Judy Black, BCE, VP Quality Assurance and Technical Services, Rollins Inc., Berkeley Lake, Ga.

“The biggest battle was an infested section of an old house that had been divided into apartments. The ceilings were covered in German cockroaches. Never got 100 percent control before the house burned down. So, the most effective control method was fire (no, we didn’t start it).”
— Dr. Thomas Shelton, Project Leader for Durability and Wood Protection at FS-FPL, USDA Forest Service, Madison, Wis.

“We service North Carolina and South Carolina, and last year we encountered our first Asian cockroach in a 28-building condo complex. They were outside on the grounds, but it was a huge infestation. We used two different kinds of granules, and regular sprays. So far, they’re under control.”
— Robert Russ, Owner, Home and Garden Pest Solutions, Shallotte, N.C.