PMP honored Richard Deering, founder of ServicePro; Steve Levy, CEO of Bell Labs; Jay Nixon, BCE, semi-retired executive of American Pest, an Anticimex company; and Ted Oser, this year’s posthumous inductee, at the Republic Ballroom in the Sheraton Boston Hotel. Their plaques will be added to the walls of Purdue University’s Smith Hall, joining PMP Hall of Fame inductees who came before them. 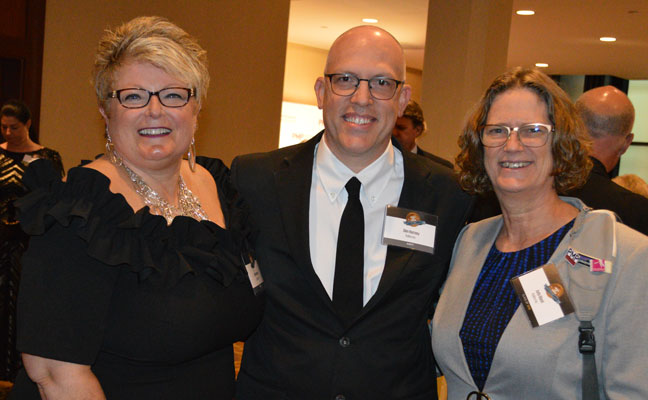 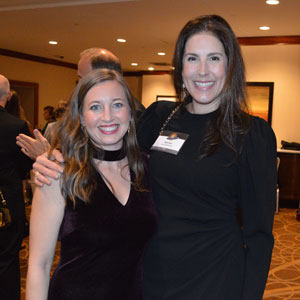 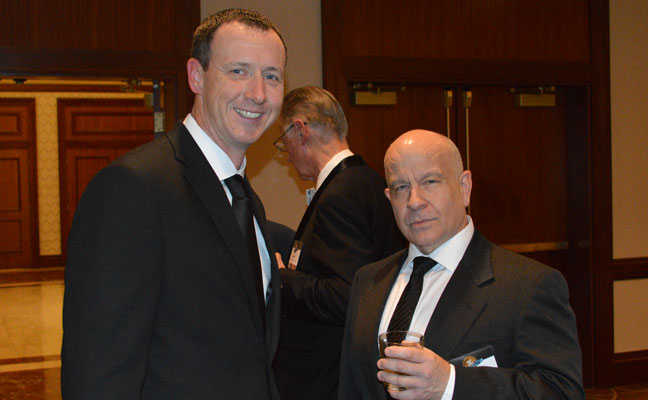 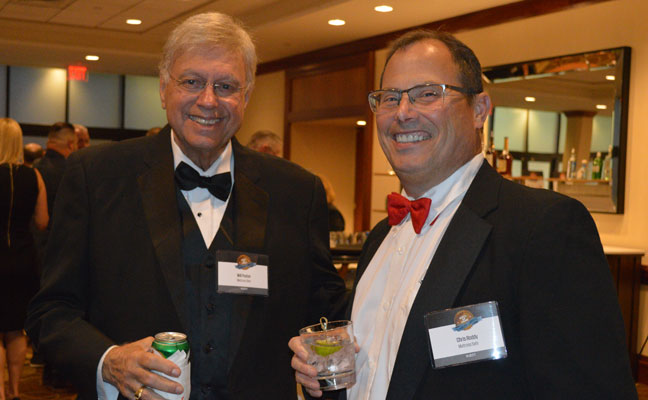 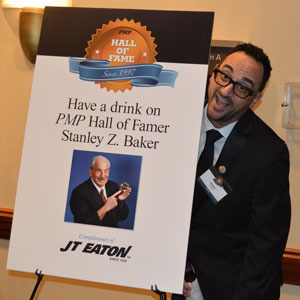 Dale Baker, VP of Sales for J.T. Eaton, the sponsor of the evening’s cocktail reception, checks out the signage that pictures his late grandfather and PMP Hall of Famer Stanley Baker (Class of 1999). PHOTO: PMP STAFF 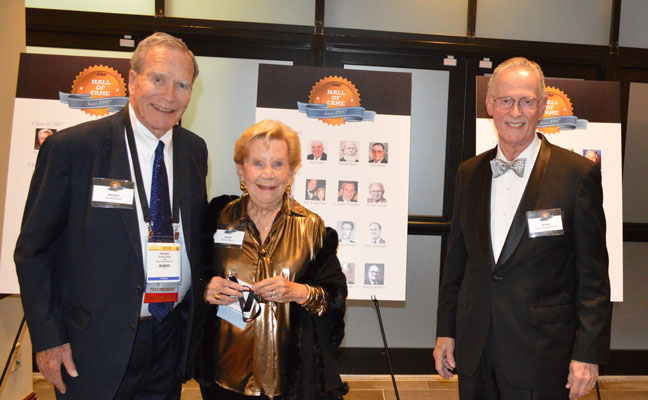 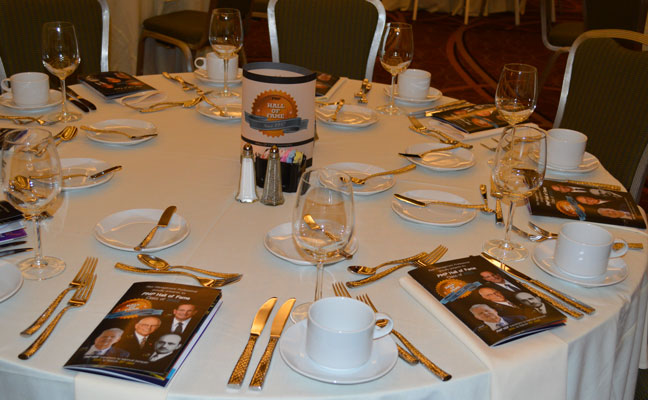 Place settings on the dinner tables in the ballroom included a PMP Hall of Fame program that highlighted this year’s inductees, as well as previous inductees. PHOTO: PMP STAFF 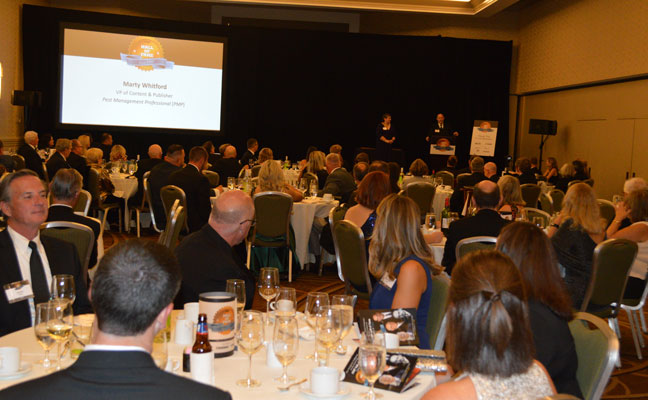 Since the first celebration in 1997, guests have gathered for dinner and drinks before the PMP Hall of Fame induction ceremony gets underway. PHOTO: PMP STAFF 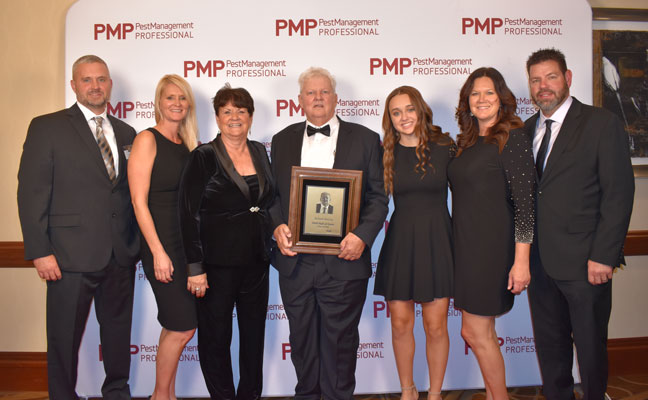 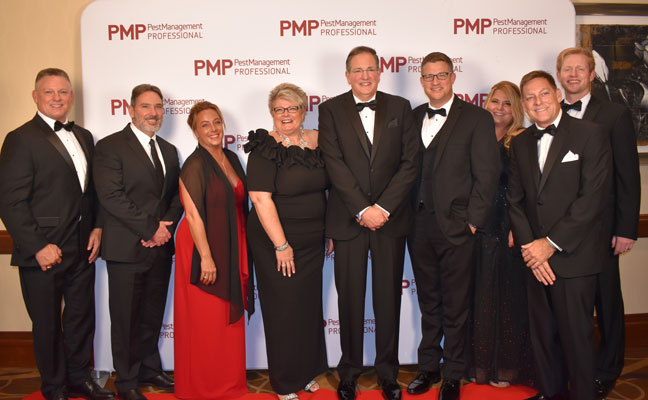 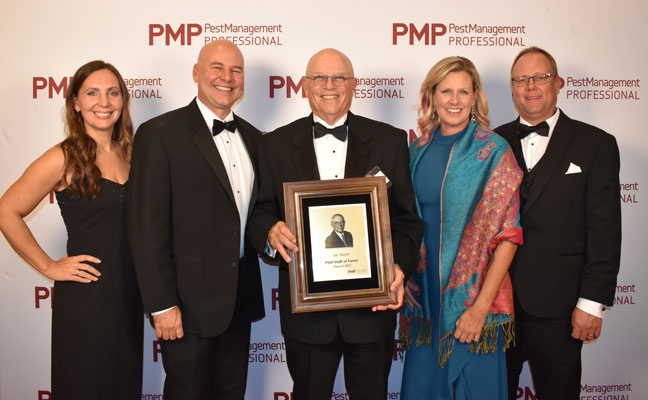 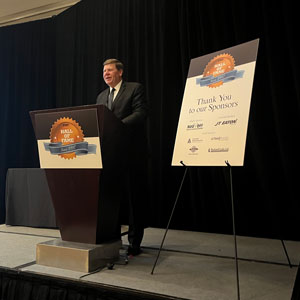 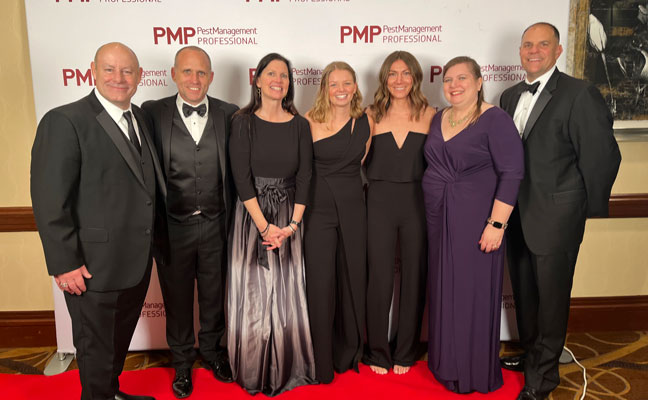