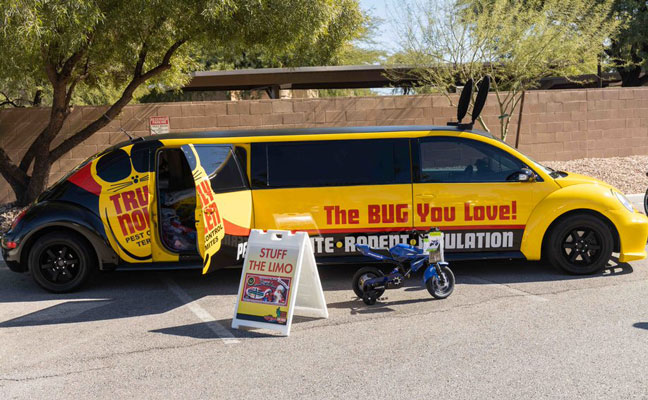 The “Stuff the Mouse Limo” collected donations for children who live in Tucson’s most disadvantaged neighborhoods. PHOTO: TRULY NOLEN

After skipping 2020 and 2021 due to health and safety protocols, Truly Nolen proceeded with our 4th Annual Community Car Show on Nov. 12 at our Corporate Leadership and Training Center in Tucson, Ariz.

First created in 2017 by Director of Operational Administrative Support Michelle Nolen as a showcase for 50 of her father Truly David Nolen’s classic antiques, this year’s car show was the company’s first since 2019. Judging by the record crowd of over 1,000 people in Tucson who attended, people really wanted to experience something fun in person once again. Between the record crowd and perfect 74-degree weather, the entire day was a success.

Just like in 2019, the event featured local Tucson Car Club entries side-by-side with classics from the Truly Nolen Antique Car Collection including the late Nolen’s favorite classic, his 1957 Chevrolet Bel Air Convertible which he drove to work every day when he lived in Naples, Fla.

A huge highlight of this year’s car show was our “Stuff the Mouse Limo” activity on behalf of the late Ramon Gonzales and his charity “Miracle on 31st Street.” Established in 1970 by Gonzales, Miracle on 31st Street is a holiday celebration for children who live in Tucson’s most disadvantaged neighborhoods. 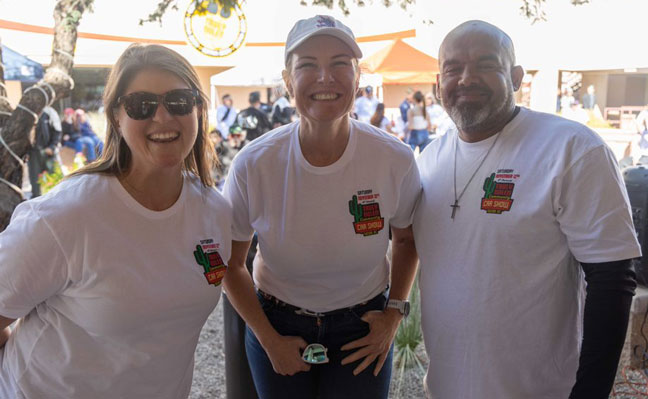 As a way to honor Ramon’s legacy and to help his son Manuel keep the tradition alive following his father’s untimely passing in 2020 from COVID-19, spectators were encouraged to bring a new, unwrapped toy to the event. After being collected, the toys would be used for this year’s Holiday Toy Drive in December.

According to Ray Rico, community relations and events coordinator as well as car show organizer, approximately 300 toys were collected, which should help bring smiles to children’s faces this holiday season. A special thanks to Rico and Hannah Stakley, event coordinator and strategist, for their tireless efforts that helped drive this year’s show to new heights.

This year’s show again featured trophies as selected by Truly Nolen team members, car club members, and general attendees in addition to Best in Show. There were multiple food trucks on-site for visitors looking to eat, a community corner in the courtyard featuring multiple non-profit organizations, a Kid’s Corner full of activities, and a recruiting booth for future team members. In short, there was definitely something for everyone! 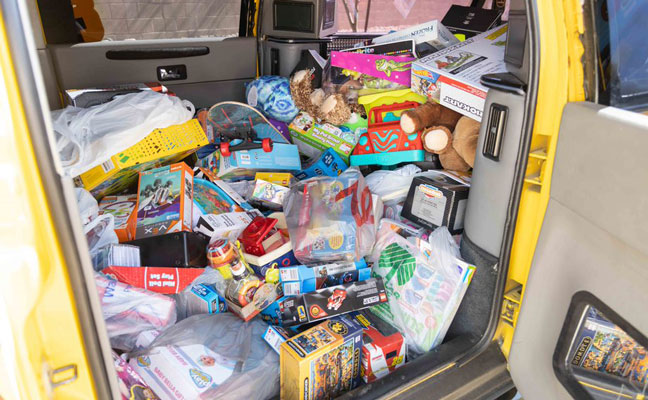 Inside the “Stuff the Mouse Limo,” which is an activity on behalf of the late Ramon Gonzales and his charity “Miracle on 31st Street.” PHOTO: TRULY NOLEN 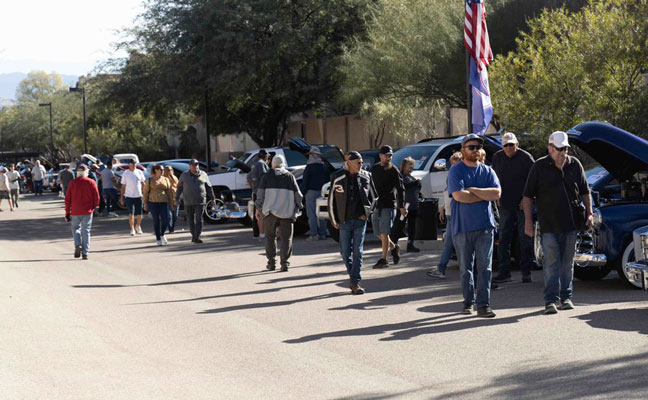 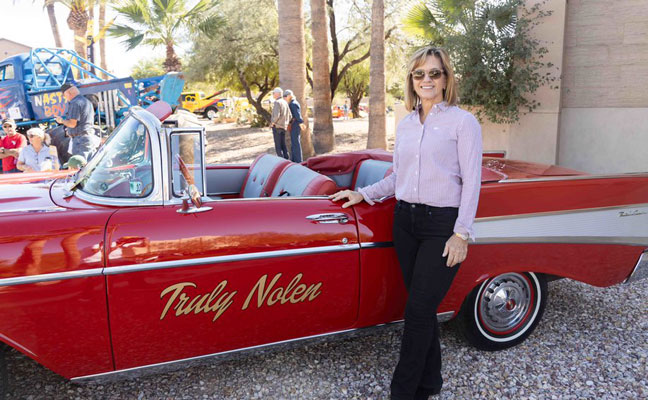 Vickie Nolen stands in front of her late husband’s “daily driver,” a 1957 Chevy Bel-Air convertible. The longtime company board member — and mother of current President Scarlett Nolen — flew in from her home in Florida to attend the Nov. 12 show. PHOTO: TRULY NOLEN 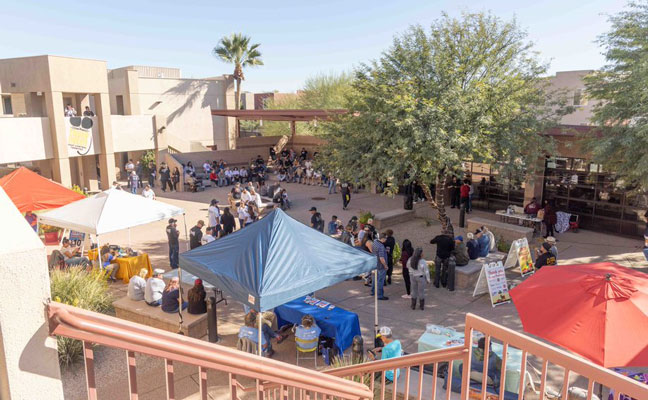 A view of the Community Courtyard at the Truly Nolen car show. PHOTO: TRULY NOLEN

Srebnik is manager of public relations and communications for Truly Nolen Pest Control. He can be reached at 954.247.3212 or toby.srebnik@trulynolen.com.