It is interesting how many customers have their own names for pests based on what their parents and friends called them. These colloquial pest names get passed down generation after generation. As a result, pest management professionals (PMPs) have to read between the lines when they get calls from prospects interested in pest management services. This pest guessing game involves receptionists and customer service persons as well. These folks need to be included in any basic training that addresses the challenge of interpreting the nature of the surveys or service calls being scheduled. Let’s take a look at some of the pests that fall into this category. 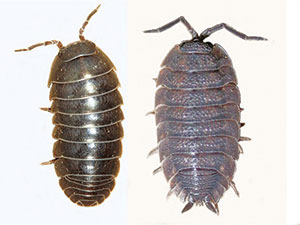 I love it when the “bee calls” come in. Of course, just about anything that flies and stings (or looks like it could sting) is a “bee.” This term can mean yellowjacket wasps (Vespidae: Vespula spp. and Dolichovespula spp.), paper wasps (Vespidae: Polistes spp.), bumble bees (Apidae: Bombus spp. and Psithyrus spp.), carpenter bees (Apidae: Xylocopa spp), various small solitary bees (e.g., Families Halictidae, Megachilidae, Andrenidae, and Anthophoridae), or actual honey bees (Apidae: Apis mellifera var.). Some folks refer to bumble bees as “yellowjackets” because of the fuzzy, showy yellow, jacket-like covering on the thorax and abdomen of bumble bees. Also on the subject of bees, most folks are fooled and alarmed by flower flies (a.k.a., hover flies), and drone flies (Family Syrphidae), which mimic wasps and bees and readily land on human skin to sip perspiration. This scenario is good to keep in mind when calls come into the office about persistent “sweat bee” activity. Unless customers or prospects provide detailed descriptions of their situations, PMPs will not know what to expect until they arrive on-site and have a look.

When the term “daddy longlegs” gets tossed around, one doesn’t know whether the speaker is referring to cellar spiders (Order Pholcidae) or the garden daddy longlegs (a.k.a. harvestmen) of Order Opiliones (formerly Phalangida – which, by the way, are not true spiders and do not have fangs or venom, contrary to some persistent urban myths).

Often, calls about “waterbugs” are fielded by PMPs. “Waterbugs” generally turn out to be the common larger invasive cockroaches, such as the oriental cockroach, Blatta orientalis, the American cockroach, Periplaneta americana (which also goes by “palmetto bug” in the South), the brown cockroach, P. brunnea, smoky brown cockroach, P. fuliginosa and the Australian cockroach, P. australasiae. PMPs can appreciate the sentiment shared by those who despise the very word “cockroach.” The terms “waterbug” and “palmetto bug” seem appreciably more acceptable! Sometimes our customers get fooled by the occasional ground beetle (Family Carabidae), which sneaks into residences and commercial buildings via crevices near the foundation. As these fairly large dark beetles cruise across floors and carpets they’re often mistaken for cockroaches and typically get called in as “waterbugs.” (See Figure 2) Fortunately for those PMPs who use pest sticky monitors at their accounts, any confusion over what has been seen can be rectified by proper identification of the specimens caught on these helpful devices. 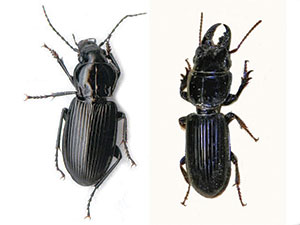 Figure 2 – Ground beetles may be mistaken for cockroaches by customers.

Termites are not exempt from mistaken identity. Often, callers will refer to the whitish, soft-bodied subterranean termite workers and nymphs as “maggots” or “maggot-like” while describing what they find during remodeling or removal of infested wood in their homes. One of the best-documented examples of name confusion relates to termite swarmers (alates) and the winged reproductives (alates) of various invasive species of ants. Among the ant swarmers that get confused for termite swarmers are those of pavement ants, Tetramorium caespitum, and carpenter ants, Camponotus spp. Sometimes even carpenter ant workers are mistaken for termites by the general public.

Is there a PMP out there who hasn’t heard the term “piss ants?” This much-abused name has been tacked onto any number of small ant species. Depending on the region of the U.S. where “piss ant” calls are fielded, the offending species could be pharaoh ants, Monomorium pharaonis, pavement ants, Tetramorium caespitum, odorous house ants, Tapinoma sessile, Argentine ants, Linepithema humile, ghost ants, Tapinoma melanocephalum, white-footed ants, Technomyrmex difficilis, bigheaded ants, Pheidole megacephala, rover ants, Brachymyrmex spp., crazy ants, Paratrechina / Nylanderia spp., false honey ants, Prenolepis imparis, or any other small invasive ant. One can only imagine what is being referred to until an on-site inspection and verifying identification of specimens are performed. 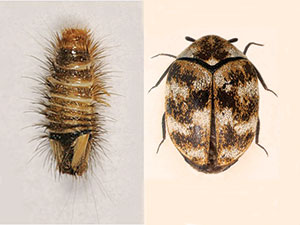 Figure 3 – Varied carpet beetles and their larvae often are mistaken as bed bugs by the general public.

The ambiguous term “worm” continues to be a favorite of customers. “Worms” can turn out to be the larvae of Indianmeal moths, Plodia interpunctella, or millipedes (Myriapoda: Diplopoda) that have made themselves odious during their migrations and intrusions in and on buildings. Sometimes true earthworms (Annelida: Haplotaxida) do make their way into buildings at or below the foundation line, particularly during heavy rains and flooding conditions.

The name “thousand-legger” often is used by callers. Interestingly, that very term is the English translation of the Latin root composite name “millipede.” In truth, millipedes have 94 to 750 legs, depending on the species, but never approaching one thousand legs. On occasion, customers will confuse the issue further by using the term “thousand-legger” to refer to centipedes (Myriapoda: Chilopoda). Centipedes, which have just one pair of legs per segment instead of the two pair per segment sported by millipedes, exhibit a range of 18 to 300-plus legs depending on species. (This number does not include the specialized first pair of legs, called forcipules, located just behind the head, which serve as venom claws.) Amusing terms for the common house centipede, Scutigera coleoptrata, include “running eyelash,” “running eyebrow” and “scary worms with lots of long legs.”

The list of pest colloquialisms goes on but the take home points are: (1) become familiar with arthropods having multiple, ambiguous names used by clientele; (2) share your knowledge base with trainees and customer service people, so they can better determine what is being described by prospects and customers calling in perceived pest problems; and (3) be prepared to authenticate a pest problem by performing a validating inspection and exacting identification before deciding what measures to implement.

Wegner can be reached at gerry.wegner@varmentguard.com.