The German Cockroach Makes a Comeback 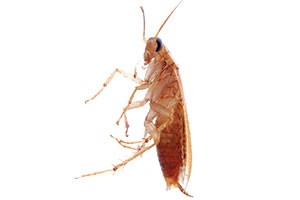 You can’t tell the difference between bait aversion and sloppy baiting techniques by counting the number of cockroaches that are left.

Diligent inspection and monitoring with proper baiting techniques ensure the best performance of the bait. Switching baits regularly helps you stay ahead of bait aversion.

The German cockroach is coming back! At least, that’s the latest drumbeat from the front lines. But what does it mean? Before the Great Bait Revolution of the 1990s, we always blamed our failures on resistance; supervisors blamed them on sloppy application. In truth, both reasons were valid. Because baiting has become the primary method of cockroach control for many companies, two familiar obstacles have reappeared to keep us humble: cockroach bait aversion and applicator complacency.

Cockroach bait aversion can be thought of as a behavioral resistance. The bait would kill them if they ate it, but they choose not to eat it. Unlike humans, cockroaches avoid things that are bad for them. If you want to bait cockroaches, give them good food; if you want to bait humans, use French fries, not broccoli.

Newly released baits use different food components and should show remarkable palatability when compared with bait that has been on the market for a while. But sooner or later, populations show aversion, which is why it’s important to practice bait rotation as well as try new baits. If we choose to stick with the bait we like best, we might not notice if its effectiveness diminishes.

Some companies rotate baits regardless of how well they’re received, which is perfectly acceptable and might even help a tech notice when a bait loses some of its attraction to certain cockroach populations. Some companies keep many baits in play simultaneously and just keep things switched up. This strategy also should achieve positive results.

Bait aversion can’t develop unless there are survivors. Problems arise when we look at the larger populations that move between someone’s residence and his or her workplace — particularly large accounts with widespread populations and poor sanitation. In situations where a technician is simply trying to maintain a level of control, bait aversion can develop more easily. Also, when people live or work around these large populations, bait-averse cockroaches can be transported to other buildings, and the bait aversion can spread.

Applicator complacency, the other explanation for poor bait performance, results in sloppy application techniques. Although cockroaches are surprisingly attracted to today’s baits, bad habits can spoil the party. Falling into bad habits, like falling onto a couch with a bag of chips and the remote control, is easy. The most common mistakes include:

⦁ Failure to apply a sufficient amount of bait;

⦁ Applying bait in locations that are easy for the applicator, instead of the cockroaches, to reach;

⦁ Assuming bait is still effective as long as it’s still visible; and

⦁ Neglecting to use insect monitors and diligent inspection techniques as your early warning system.

It takes a consistent effort to stay ahead of German cockroaches, and it appears they might be gaining ground. As pest management professionals, our only recourse is to be diligent in our application and switch our baits.