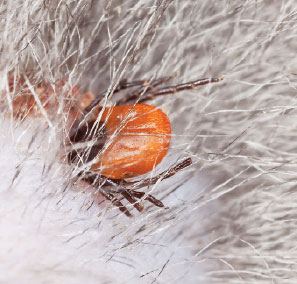 Tick-borne illnesses are a concern in Massachusetts, where the winter’s heavy snow may have saved the insects from freezing to death during record low temperatures. Lyme disease is just one illness ticks carry. The Powassan virus also is transmitted by ticks, according to a news item from Boston’s WCVB. This rare illness has been reported in only 65 patients since 2003, the Centers for Disease Control and Prevention says. Five of those patients were diagnosed in Massachusetts in the past two years, however, the report says. Most people exposed to the virus do not get sick, no treatment exists for those who do. The best prevention, the report says, is to check yourself, your kids and your pets frequently for ticks.

In related news, the Lowell Sun reports Massachusetts has not allocated the funding needed to prevent the tick-borne diseases that infect thousands of residents every year.