Delusion confusion: Much ado about nothing 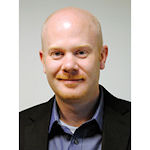 From time to time, most pest management professionals (PMPs) face a specific dilemma one might expect is unique to medical doctors: dealing with customers who stubbornly insist they need help and furthermore, know the exact root of their problem. Maybe they believe they’re the victims of a pest infestation, when it seems clear to the professional they’re not. They may offer up what they perceive to be bumps, spots and inflammation, or what they believe to be bite marks, as evidence they’re being preyed upon by anything from bed bugs to spiders. But the evidence doesn’t add up for the PMP, and certainly doesn’t corroborate the customers’ story.

Making matters worse, there’s no indication the customers are deliberately lying about their problem. They appear to believe exactly what they’re saying and desperately want help. It’s a condition known in the industry and entomological circles as delusional parasitosis.

What’s a responsible PMP to do?

Telling customers they’re crazy is neither a professional nor fair course of action, even when one suspects mental health is a possible issue. As pros in a field that hinges on solving problems for the public, most PMPs want to help somehow, but often don’t know what can be done. Treating a home for a pest the PMP knows (with at least some degree of certainty) isn’t there and charging the customer for what amounts to a useless pantomime is not only ethically ambiguous, but it won’t solve what the customers believe to be their problem, thus ensuring a callback that reopens the same can of worms.

“In such cases, never treat until you have a target pest,” says Dr. Doug Mampe, an industry consultant and Pest Management Professional contributor. “Treating confirms the customer’s fears there are pests present, so putting out monitors instead seems to be far more appropriate.”

When nothing turns up in the monitors, you’ve at least presented the customers with evidence — or rather, lack of evidence — to support your assertion that a pest may not be the root of the problem.

“Then, suggest the customer see an allergist,” Mampe says. “Then it becomes a medical problem [for a medical doctor] rather than a pest problem.”

“By definition, a delusion is an irrational belief held with strong conviction, despite superior evidence to the contrary,” says Dr. Stuart Mitchell, PMP’s technical editor and principal technical specialist of PestWest USA. “When that’s the case, the best course of action is to walk away.”

If it’s not clear whether the customer is suffering from delusional parasitosis — a tough call to make for someone not trained to identify mental illness — Mitchell explains there’s a list of things you can and cannot do. For example, you can’t diagnose disease or mental health because, if you’re not a doctor, you could end up in legal hot water. Likewise, Mitchell advises that giving medical advice is a bad idea.

“But you can address the problem as a pest professional, and logically employ the IPM template,” Mitchell says, referring to integrated pest management strategies. “This way, you rationally demonstrate the absence or presence of an environmental arthropod.

“In the event the logical process of IPM and the rationality of monitoring are summarily rejected by the customer, then it’s time to decline service provisioning or immediately resign as the provider,” Mitchell adds. “And if possible, get a letter of declination of services signed by the customer.”