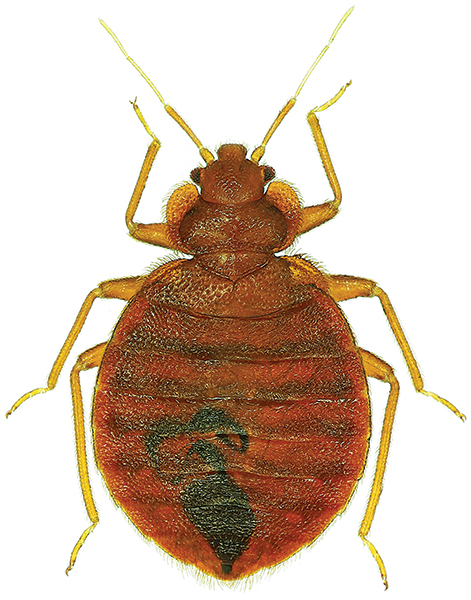 You’ve probably received calls from customers complaining of a flea infestation, only to arrive on the scene to find that the invader responsible for the bites the customer indicates as evidence, is something more serious: bed bugs. You’ve also likely dealt with the inverse of this situation: a customer thinks they have bed bugs, when actually they have a flea problem. As a well-informed professional you have a pretty good idea of the indicators to look for when examining both types of bites, but there’s a very good chance the customer can’t. Not being a doctor, it can be dodgy business if you attempt to diagnose bites of any kind (Don’t do it!), but you can still help either put a customer at relative ease (if they have fleas instead of bed bugs), OR raise a red flag (if they have bed bugs instead of fleas).

Here are a few bullet-points to keep handy and share with potential clients during their initial call to help them mentally prep for what’s to come next. However, it’s important to remember that speaking in absolutes could eventually come back to bite you. Offer the forthcoming indicators as “things to look for” to “help you identify what you might have.”

*Flea bites are most commonly found on the legs, feet, waist, or armpits but can appear anywhere the insect has access to. The bites will look red, swollen, somewhat blotchy, and will constantly itch. They commonly come with rashes as well.

*Bed bug bites are different from flea bites and resemble small, hard, swollen lumps similar to a mosquito bite and appear most often on the hands, neck, and arms. Like with fleas, bed bug bites will itch as well, but they don’t provoke the rash response fleas can trigger.

*Fleas prefer animals and any pets will likely be itching or biting themselves. They may also develop patches of lost fur. A flea comb can be used to check pets for fleas or flea eggs, though it takes a keen eye to watch for fleas as they’re quick to jump. Another sign of fleas are flecks of what appear to be dirt, that’s actually flea feces. The small dots will leave red rings of blood if touched with a wet tissue. Helpful hint: wearing long white socks can make it easier for a customer to tell if brown fleas are jumping on them.

*When looking for bed bugs they should start with the bed and the surrounding area and keep an eye out for rusty stains that may have resulted from rolling over and crushing a bed bug in their sleep. There may also be dark spots about the size a dot you’d make with a Sharpie marker, that seem to have bled into the fabric. This is bed bug feces. One may also see live bed bugs, which are easier to spot than fleas since bed bugs are larger. A bed bug has a flat, oval shape with a reddish brown appearance. Bed bugs don’t jump or fly and are fairly easy to capture if they want to take one to get it tested for confirmation.