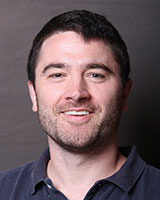 Congratulations to Ian Kaplan and his Purdue University team for receiving a $3.6 million grant from the U.S. Department of Agriculture’s National Institute for Food and Agriculture to fund their continued research into neonicotinoid pesticides.

Neonicotinoids are valued for their effectiveness against insect pests, low toxicity to mammals and birds and high water solubility, meaning they’re easily absorbed from the soi and distributed throughout the plan. Research is ongoing to determine safe levels for beneficial insects, including honeybees.

This is just another indicator that Purdue University is one of the top schools in the country to foster entomology education and research at the highest level. Its school of entomology is also home to the PMP Hall of Fame’s (literal) “wall of fame” featuring plaques honoring each of PMP’s Hall of Fame inductees over the years. The Hall of Fame’s Class of 2016 will be honored at Pest World in Seattle in October.
Source: purdue.edu/newsroom