Arrow Exterminators: Masters of the merger 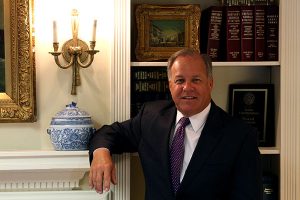 Kevin Burns, chief development officer of Arrow Exterminators, has played a key role in more than 100 mergers for the Atlanta-based company. In conjunction with Arrow’s exclusive sponsorship of Pest Management Professional magazine’s 2016 Merger Guide in the September 2016 issue, we conducted an exclusive interview with Burns for more suggestions and advice about the process.

Pest Management Professional magazine (PMP): What would you say is one of the biggest keys to success for companies looking to sell?

PMP: How long does a typical merger take, and how can a PMP best get these merger gears in motion?

KB: Once the initial discussions have taken place and a Letter of Intent is signed, the timeframe is relatively straightforward. Due diligence typically is scheduled within 30 to 45 days of a signed Letter of Intent, and the closing date is normally about 30 to 45 days after the completion of due diligence. So, let’s say 60 to 90 days. Of course, it can be shortened or lengthened as necessary for the convenience of both parties.

PMP: What typically happens to managers and employees after a merger takes place?

PMP: How does a company like Arrow measure the success of its mergers?

KB: One of our best measurements is how many employees we retain as Arrow employees. Doing a great job of integrating the new employees into the family culture of Arrow is critically important. We also look at customer retention and the financial performance of the company with which we merged. It has been our experience that, as long as we retain the employees, we retain the customers as well.

PMP: For PMPs unfamiliar with the process to sell their company, how do they get started? What does it entail?

KB: To get started, all it takes is a phone call or an email. You can reach me at 800-281-8978, 404-840-9100 or kburns@arrowexterminators.com. After a non-disclosure/confidentiality agreement is signed, most buyers request a full financial package including recent tax returns, profit and loss statements, balance sheets, and statements of cash flows. Buyers also will request that the PMP complete a worksheet that details information such as number of accounts for each service provided and the revenue those services generate, a list of Top 10 customers, fleet (with mileage), inventory (chemical, fixtures and furnishings) and an A/R report. Some also may request bank records.