Judy Black, BCE, notes that she has witnessed some significant change in the industry since she began working in it nearly 30 years ago. 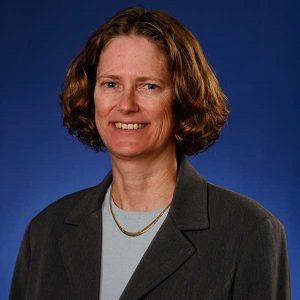 “While there’s still rarely a line at the ladies room at PestWorld, it’s much more crowded now than in past decades,” quips Black, who is vice president of North American technical services for Rentokil Steritech. “The industry is much more open to women in service and management roles than when I began.”

Black adds that the acceptance of women in the industry extends to customers and their expectations of a woman in a pest management professional’s (PMP’s) uniform. According to Black, there was a time not too long ago when clients struggled with the idea of a female PMP: “‘Did they send you because all the men were busy?’ is my favorite client quote from the past.”

As far as the current state of things for women in the industry, Black asserts there is a broad industry-wide acceptance that’s promising. One aspect of a woman’s role in pest management where Black believes improvement is still warranted, however, is that more must be recruited to come aboard.

“About 10 to 15 years ago, at Steritech, we did a very basic statistical analysis trying to pinpoint technician traits that would predict success,” Black says. “The only characteristic of note was gender.”

This is to say that, when hired, women in technician roles tended to be very successful and move up within an organization.

“The only problem with the analysis is that our sample size of women was so small it wasn’t statistically significant,” she continues. “I don’t see a need for a change in role — I think the issue is that women aren’t applying for field-based jobs in the industry. That’s the problem we need to solve.”

Black says she is continually looking for a way to remedy the industry’s deficit of women, and is always “open to any and all ideas.”

To women who are considering a career in the pest management industry, Black says: “Do it.”

“Start with a couple of ride-alongs to make sure you know what you’re getting into,” she advises. “Starting in service is a good way to establish a foundation on which you can build a career. But be patient, because there is a lot to learn.”

Black says she believes this attitude will lead up-and-comers to discover they, too, are surrounded by doors of opportunity just waiting to be kicked in.