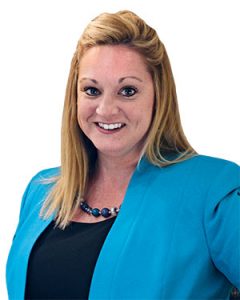 Shay Runion’s academic trajectory had her pointed toward an agricultural sciences degree, with a final career plan to become a medical doctor. Before long, though, she realized she’d developed a love for the entomology courses that were part of her agricultural sciences curriculum. A few summer stints with Auburn’s Alabama Agricultural Experiment Station revealed to her that the research side of agriculture was not her thing, but she wanted to remain in a related field.

“My intention had always been to stay at Auburn for a master’s degree,” Runion says. “However, I received a job offer from a large manufacturer — and five months before I graduated, I had a job waiting for me.”

Hitting a bullseye with Arrow

That job with an industry manufacturer soon had her working closely with pest management companies throughout Georgia. This led to what’s now been a decade-plus stint working at Arrow Exterminators, where she’s held various roles, from quality assurance to developing Arrow University. She is currently its chief human resources officer. 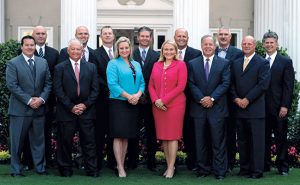 “Today, I manage our HR, payroll, recruiting, benefits, technical services, Arrow University and Arrow’s intern program,” Runion says, adding that despite the long list of responsibilities, her job is easy — by her metrics, anyway — because she has what she considers the best team in the industry.

Runion says she’s fortunate to have worked with many talented people in the industry, both male and female, who’ve had a significant impact on her career. Now, it seems, she’s paying that positive impact forward by setting an example for other women. Receiving the National Pest Management Association’s (NPMA’s) 2016 Women of Excellence Award in October verifies that.

In addition to her industry contributions through Arrow, much of Runion’s focus has been at the state level in Georgia. She is chairman of the board for the Georgia Pest Control Association (GPCA) and last year served as president — the second female to serve as an officer in the 66-year history of the association. She’s also been a significant force behind creating the Professional Women committee for the GPCA.

Runion is proud there are so many women with her dedication to the pest management industry in leadership positions, many of whom have had an impact on her career. 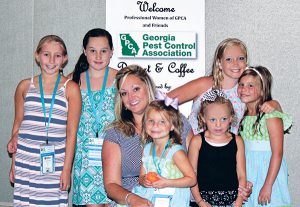 Runion with the next generation of PMPs during a GPCA dessert social.
Photo: Shay Runion

“At Arrow, there are many women in leadership positions — not because they’re women, but because they were the best people for those roles,” Runion says, adding she’s excited to see more females getting involved with the industry, serving in all facets of the business.

“A lot of the women in our industry were born into it or grew up in it,” Runion says. “I would love for us to recruit more professional women from outside the industry to take on service and management roles.”

Company: Arrow Exterminators
Years in pest management: 16
Advice for women in pest management: “Represent the females in our industry and your company, and your family at home, to the best of your ability in all that you do. Support and encourage each other. Work hard and your opportunities are endless.”