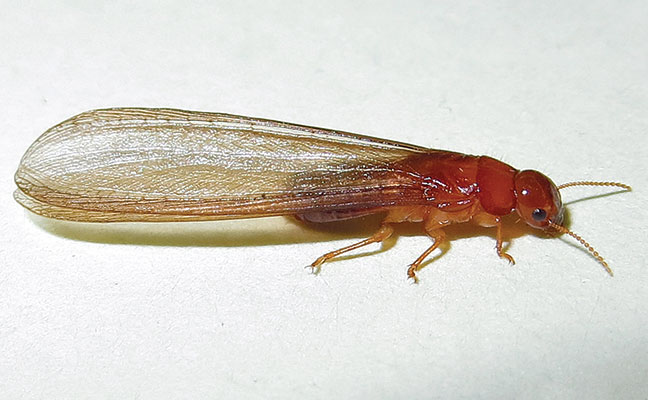 Termites may be tiny, but they cause billions of dollars in damage to wood structures every year. Detection by pest management professionals (PMPs) is critical to putting an end to the destruction and effectively managing these wood-destroying insects (WDI).

Termites are a problem across the country, although more so in southern states. The PMPs who responded to Pest Management Professional’s (PMP’s) 2017 Termite Management Survey perform most of their termite management work for homeowners. Fifty-four percent of responding PMPs said more than half of their termite management revenue comes not from new home and commercial building, or existing commercial structures, but from existing residential properties.

The National Association of Realtors (NAR) has good news for PMPs who offer termite management services: Existing home sales last November jumped to 5.79 million for the month. That’s 15 percent higher than November 2015, and the highest since February 2007.

Also up is the median price of existing homes, which was $234,900 last November, about 7 percent more than the pervious year. The organization says it’s the 57th consecutive month of year-over-year home sale price gains.

“When treating for termites, you know you are providing a solution to fixing your customers’ immediate problems,” says Jeremiah Ryden, general manager, Gunter Pest Management, Kansas City, Mo. “We have seen tremendous growth in revenue through our termite treatment warranties.”

Ryden reports his termite management business has grown consistently over the past 10 years. He uses liquid treatments to manage termites. His preferred solution aligns with those used by PMP’s survey respondents, as 57 percent of those asked choose liquid termiticides. Trailing behind are: fumigation, baits, borate and exclusion services.

The treatments are working, as 88 percent of the PMPs surveyed reported a callback rate of 5 percent or less. Another 8 percent said callbacks occur 6 percent to 10 percent of the time.

Frost supervises the pest management group that services more than 30 multi-story buildings and garages at the Texas Medical Center, where there are more than 20,000 employees, patients and visitors every day.

“Termite management has changed,” he says. “It’s more preventive treatment measures, such as helping customers reduce conducive conditions around their homes or businesses, than corrective treatments.”

Terry Singleton, president of Termite Terry Pest Control, Costa Mesa, Calif., says to be successful, PMPs should differentiate themselves from their competitors; study to become a pest management expert; offer superior service; and learn how to effectively sell their services and market their businesses.

“Don’t start selling your services at low prices,” Singleton advises. “I always ask myself: ‘If I wasn’t in the termite business, who could I call that I know is trustworthy and could do the job right?’ We need to be one of those people.”

Exactly half of the respondents said this year they will charge between $500 and $999 for their termite inspections and initial treatments. Not far behind, at 32 percent, are those who charge $1,000 or more.

The price 70 percent of responding PMPs said they would charge for their average annual termite renewal inspections and treatments in 2017 is between $100 and $499.

“We are going to add sales staff and technicians; if the size of the sales pie grows, we’ll be ready,” he says. “But if things stay the same, we’ll just have to take a larger piece of the sales pie from our competitors.”

PMPs who offer termite management services can look forward to another year of helping more home and business owners protect their properties from WDI.

Singleton says he thinks of termite management as work that always will be needed.

“Termite management is not like a lot of other industries that can be phased out with new technology, such as what happened to typewriters,” he quips.