Web Exclusive: Which pest is most often misidentified? 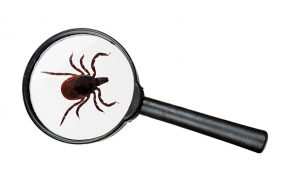 The June issue’s Question of the Month (p. 14) features responses from Paul Hardy, Ray Johnson and Mark “Shep” Sheperdigian, but several other PMP contributors weighed in (and so did Shep, for a second time!):

Dr. Jim Fredericks: The most common ID request the National Pest Management Association’s entomologists receive is for carpet beetle larvae. It could be because technicians expect to encounter an adult “beetle,” but larvae are the most commonly encountered life stage.

Dr. Austin Frishman: There’s a difference between misidentifying a pest and not knowing what it is. Don’t be afraid to say, “I’m not sure what it is.” The first couple instars of the German cockroach are sometimes misidentified. You need a really good microscope to tell the difference between saw-toothed and merchant grain beetles. Indianmeal moths and clothes moths can be misidentified if you don’t see where the moths are coming from.

Dr. Doug Mampe: Psocids, or booklice, are often misidentified because they are so small and lack distinctive coloration.

Eric Scherzinger: Our techs are highly trained and carry pocket microscopes, but we have seen other companies come in and make an ant problem a lot worse versus doing the right treatment for a specific type of ant.

Mark Sheperdigian: There are more than 100 species of warehouse beetles worldwide, and most look quite similar to the untrained eye. Unless you’re a Trogoderma spp. expert, it’s best just to call them a dermestid beetle.

Dr. Stephen Vantassel: Moles and voles sound similar and are rarely seen, but they can inhabit the same habitat.