Staying on the cutting edge is what sets this Florida firm apart.

In the booming northeast Florida pest management market, Turner Pest Control is making an impression. Based in Jacksonville, it has six branch offices throughout the state.

“This is largely a residential pest control company, but we also have a commercial division that is highly specialized,” says President Mark Slater. “We focus on higher-end commercial business. We have a lot of audited accounts, for example. That division is growing at a rate of about 20 percent a year.” 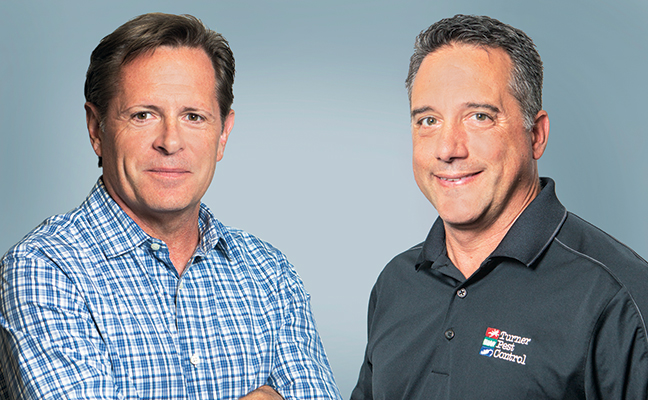 Slater points out that the company has invested heavily in technology not only for internal efficiency, but as a differentiation point in the market.

“We try to leverage technology to really help us to deliver better customer service, to be efficient and to communicate more effectively with customers, technicians, and other employees,” he adds. “This includes using software to track internal processes and manage the company, and using handheld computers in the field.”

Founded in 1971, Turner was run by Joe Turner and his son, also named Joe, until new ownership came onboard in 2002. Slater, who was working for an accounting firm, answered the call when Turner was searching for a financial person. Within a year, he had joined the ownership group and was running the company.

“A lot of the new owners were new to the industry,” Slater admits. “In those early years, we took a lot of time defining and transforming the company into what it is today.”

Looking at the overall company and its growth rate, Slater notes that a high growth rate “puts a lot of stress on the organization, so there needs to be rewards for everyone on the team so that the growth can be sustained.

“Growth should present opportunity for increased responsibility and advancement, as well as financial rewards,” he continues. He offers as an example how Turner implements a company-wide bonus if it hits a certain goal for the year. To get career opportunities flowing, the company holds events twice a year to “celebrate growth and achievements, and to review how things are going.”

Most importantly, Slater says, they don’t forget to have fun by holding nights at the ballpark, tailgating or even sending team members to the National Pest Management Association convention or regional pest management functions.

Contributor Jerry Mix, a PMP Hall of Famer, can be reached at pmpeditor@northcoastmedia.net.