The wildfires that swept across Northern California late last year cut a destructive path. They destroyed and damaged thousands of homes and businesses, and left more than 90,000 residents displaced. The human toll has been equally heartbreaking.

Clark Pest Control employees have lent their time and talents to help in the recovery efforts. One in particular, termite inspector John Jarvis, has taken his interest in Comic Con and Captain America and put it to good use: Through a small, non-profit organization called Hope Love and Magic, Jarvis dresses as Captain America to visit shelters and entertain affected families, giving them a bit of hope and fun during a difficult time.

“The adults knew what their children had endured and appreciated what we were doing,” Jarvis says. “As for the children, they had fun playing games with us.” 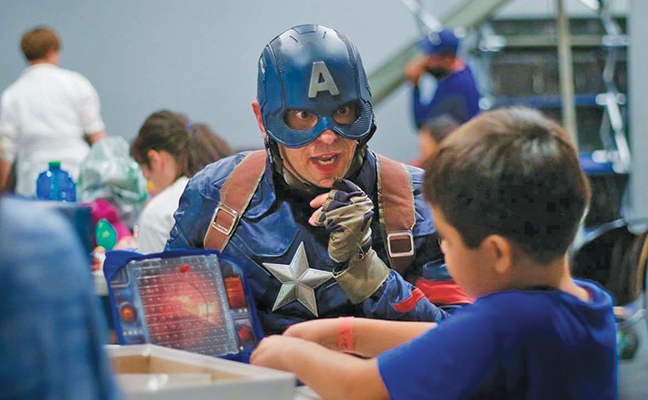 Jarvis visits and plays a game with a child whose family was displaced by the wildfires in Northern California last fall.

In a December interview, Clark Pest Control’s Santa Rosa branch manager, Brad Avansino, notes that many places in their service area are still not accessible, and it is hard to determine how many customers the fires have affected.

“So many of our technicians and supervisors have developed close relationships over time with our customers and to see them go through something like this has been difficult,” says Avansino. “The strength of the Clark Pest Control family has seen many of our employees get involved in relief efforts to help those impacted by the fires.”

But the fires have also affected one Clark employee directly. Eddie Rangel, a commercial service technician who has been with the firm for 12 years, his wife, Kathy, and their daughters lost everything when fire destroyed their home in the Coffey Park neighborhood of Santa Rosa on Oct. 8. 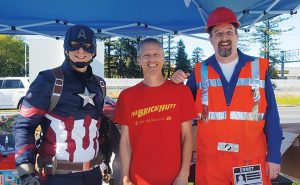 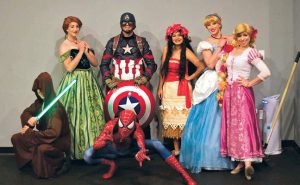 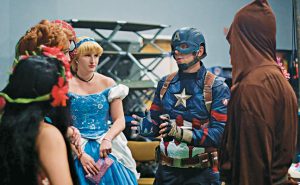 “I did yoga, played soccer, colored, fist bumped, showed the proper way to throw a shield and really anything they wanted to do while I was there,” Jarvis says. “There were some very heartfelt hugs during those visits.” Photo: Clark Pest Control 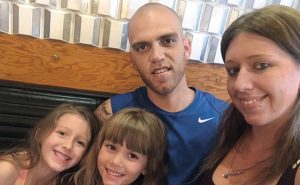 The Rangels have relocated 30 miles north to Cloverdale, Calif., where they have secured housing while they make plans to rebuild. A Go Fund Me page has been set up for them with their recovery efforts. Photo: Clark Pest Control

Contributor Jeff Fenner is a partner in B Communications, based in Cleveland. He has more than 25 years of experience writing about the pest management industry, and can be reached at jfenner@b-communications.com.