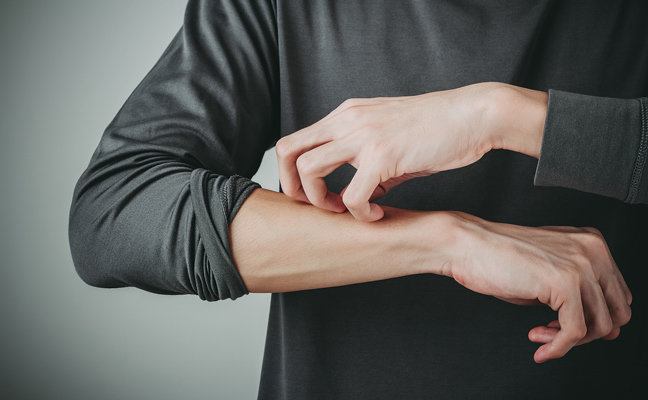 In PMP’s March issue, Crawley McPherson presented a case of a “mysterious itch” — or delusions of parasitosis (DOP). This type of case is not uncommon. Unfortunately, many in the industry fail to handle these complaints professionally.

Often the customer begs for help and we, being compassionate, try to help them. A cardinal rule, however, is never treat unless you have identified a target pest.

If you provide any sort of treatment, you have confirmed in the customer’s mind that a biting pest is present. That leads you and the customer down a circular path that never resolves the problem.

Sometimes a treatment “alleviates the problem” on a temporary basis, which also “confirms” a pest is present. In such cases, the problem reoccurs quickly and you get a call to make another treatment. This can happen for a number of reasons. If you provide a space treatment, the aerosol droplets might “wash” the air of some contaminant and the problem disappears temporarily. Sometimes an aerosol treatment raises the relative humidity. Dry air can exacerbate skin problems. Such treatments give the customer false hope, and draws you deeper into a problem you cannot solve.

Lying to a customer also creates a problem. For instance, a homeowner wrote to me asking for a list of pest management professionals (PMPs) who would treat for “mold mites.” The man was told that these mites are very fast and difficult to capture. He also was told they breed so quickly that you can’t eliminate them.

A few phone calls later, I realized it was likely that one or more PMPs recognized he didn’t have a pest problem, so they made excuses to get out of the situation. This wasn’t helpful to the man, and certainly did not put the industry in a good light.

If just one individual (typically in a family) is complaining, there are many medical issues that can cause bite-like reactions. Diabetes and varicose veins are common causes. Allergic reactions to detergents and fabric softeners also can cause such problems.

For example, I had a customer who was an allergist. She insisted her bites were from insects and demanded a treatment with an insecticide. We monitored for several weeks without finding any biting insect. I asked her whether she prescribed treatments for allergies when she didn’t know the cause. “Of course not,” she said. I then asked her why she expected me to perform a treatment when we didn’t know the cause. Later, she called and apologized after she determined a fabric softener caused her problem.

Some of these problems are caused by a psychosis — people  imagine something is happening to them. When it happens to a housemate, a person can even become convinced it also is happening to him or her. These situations are rare, but they do occur.

What PMPs should do

1. Get a specimen for identification.

The easiest method is to place sticky traps in strategic spots. Inspect them within 24 hours; if a biting pest is present, you should have captured some. Common examples include bed bugs, bird mites, thrips, fleas, mosquitoes, spiders, lice, and pharaoh ants and certain other ant species. Usually, you will capture book lice (psocids) in sticky traps, but they don’t bite. Chiggers cause problems, but they live outdoors; you likely will not capture them indoors.

Use clear tape to press onto windowsills and other suspect surfaces to capture mites and other small specimens. Some customers will capture “stuff” from their skin and other surfaces. You will need a microscope of at least 30x power to examine such samples. A majority of these samples will contain bits of skin or other organic materials unrelated to bites. I’ve also spent hours looking at the contents of vacuums. This is usually non-productive, but sometimes necessary.

When did the problem begin? Does it affect everyone? Does it come and go? The answers to these questions will help you determine whether it is really a pest problem or something else. Listen carefully. Sometimes the answer is right in front of you.

Sometimes it is a pest problem

Before you walk away, make sure you rule out even the smallest chance that a pest is involved. For example, I was asked to resolve a bite problem in a small office. There had been fleas, but a carpet treatment eliminated the problem. However, one person who sat at a desk continued to receive bites.

More monitors were placed. No fleas were found, except on the monitor on the desk of the person being bitten.

Further inspections found that a raccoon was nesting in the drop ceiling directly above this desk. Fleas were dropping from the ceiling. Those that reached the carpet were killed, but those that landed on the desk were not. Elimination of the raccoon and nesting materials resolved the problem.

If no biting pest is found, then you should take no part in providing the solution. It is sometimes difficult to tell a customer you can’t help, but that is the professional action. Offering treatment will lead to other problems. However, the customer will be looking for guidance on how to proceed. You can help, but beware of becoming an expert in a field you know little about. I suggest the following tips:

⦁ If it is a group of affected people in a work environment, an environmental contaminant often is the cause. I usually suggest an industrial hygienist be hired to test the environment. Humidity will be tested and air samples collected to look for contaminants. If contaminants are found, the industrial hygienist and/or an engineer must determine the appropriate course of action. You are not in a position to make such judgment calls, but suggesting another professional to assist is helpful and appreciated by the customer.

⦁ If the problem is associated with one or few individuals, such as in a family unit, an allergen or medical issue may be present. If the problem occurs beneath clothing but not on exposed skin, detergents or fabric softeners may be causing the problem. If only exposed skin is affected, something in the environment may be causing the problem. I usually suggest that the person or persons visit their family doctor or an allergist. My experience with dermatologists is that many will diagnose the problem as a “bug bite.” You already know there are no biting bugs in the environment, so it must be something else. You shouldn’t make a diagnosis of the cause, but just giving the customer examples of problems and the appropriate professional to consult helps.

⦁ If you think it may be a psychosis problem (imaginary bugs), then recommending visiting the family doctor is the best advice. You can’t make this diagnosis, so don’t even suggest it. Examples include “they bore into my skin, they are too fast to capture” or “they are in my urine, I can see them but can’t trap one.” I had one such case, and medical professionals determined it was DOP. The family wanted a tent fumigation, even though we had signed documents stating no bugs were present and the fumigation would not eliminate imaginary bites. The state regulatory agency was advised, but OK’d the fumigation. The customer in question was “cured” by the fumigation. That was a weird situation that required the services of several specialists.

The bottom line is you are a PMP, so stick to what you know. If you can’t find a pest that bites, then suggest other professionals who might be able to help. Misinformation such as “mold mites breed too quickly” is neither helpful nor professional. But don’t get trapped into treating. You will regret it for a long time. There will be that rare customer who will insist on treatment and will not explore other causes. At that point, you need to walk away.