Try the Mayberry approach to service 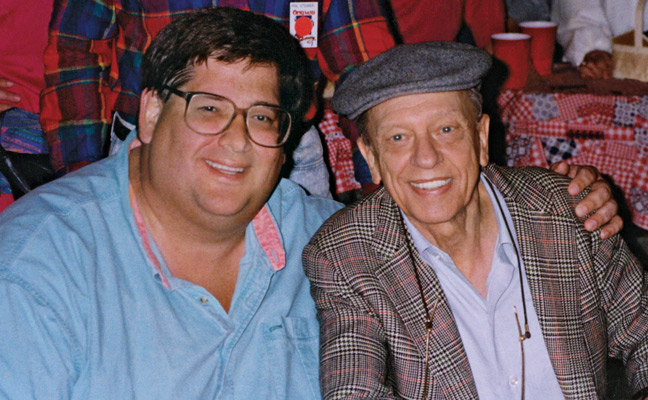 Ray Johnson, left, met Don Knotts, right, who played Barney Fife in “The Andy Griffith Show.” He recalls standing in line for about two hours to see Knotts at a Mayberry Reunion held at Opryland in Nashville, Tenn., several years ago. Johnson was one of the last in line that day to meet Knotts, whom he says was very gracious and kind. PHOTO: RAY JOHNSON

If you’re like me, growing up and getting the privilege of watching “The Andy Griffith Show” was a real treat. Each episode was not only packed with laughter, but also some great life lessons.

The show premiered on CBS on Oct. 3, 1960, and ran for 249 episodes. It was No. 1 in the Nielsen ratings during its final season, and never out of the Top 10 during its eight-year reign. There will never be another show that even comes close to matching it, in my humble opinion.

So, what can we learn from “The Andy Griffith Show” about running a pest management business? Well, compassion is one of the things I think of first. Andy hired Barney Fife, even with all of his quirky ways — and stuck with him despite all the troubles he brought to the table. And then there’s Otis Campbell, the town drunk. You had to have a lot of love in your heart to put up with Otis. The kindheartedness, concern and care displayed on the show are definitely examples of how we should treat our customers and employees in today’s economy, if we want to keep them.

Aunt Bee certainly took pride in caring for her nephew Andy and his son, Opie. Her servanthood mindset was on display with each homecooked meal she served. In her first episode, Opie was reluctant to welcome her to the household, but then his compassion came through. After seeing her about to leave, he said: “Well, if she goes, what’ll become of her? She doesn’t know how to do anything — play ball, catch fish or hunt frogs. She’ll be helpless.”

The next thing I think about when I think of Mayberry is community. Just imagine if all our towns and cities today were like the community of Mayberry. Citizens got involved and actively participated in making life better in that town. Are you active in your Chamber of Commerce, Rotary Club, Lions Club, church, school, etc.? You can’t complain about your neighborhood if you don’t do your civic duty to make it better. The more positive actions we put forward to make our communities better, the more likely the benefits will come back to us tenfold.

I could talk all day about Mayberry and “The Andy Griffith Show,” and the joy I get from watching each episode. I know I got you thinking about all the hilarious situations you remember about the show. And who can forget the characters — Floyd Lawson, Ellie Walker, Ernest T. Bass, The Darlings, Thelma Lou, Helen Crump, Howard Sprague, Emmett Clark, Rafe Hollister — and we can’t leave out Gomer Pyle and Goober Pyle.

Finally, I’ll leave you with this gem from Goober, who worked at Wally’s gas station. His motto was “service with a smile.” I hope you provide that to all your employees and customers. I also hope I’ve made you smile a little today.