Are you among the ‘Walking Dead’ at cockroach accounts? 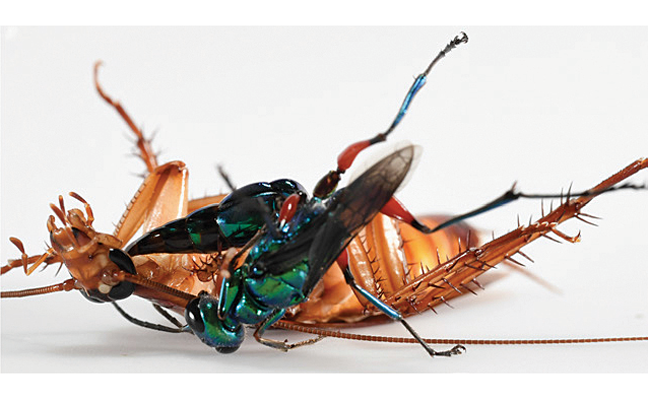 The American public has had a fascination with zombies for decades, with the TV show “The Walking Dead” serving as just a recent example of this phenomenon. But while the zombies of TV and horror movies are fictional, in the entomological world, zombies are real.

Take, for example, the emerald jewel wasp (Ampulex compressa), which uses its venom to “zombify” American cockroaches (Periplaneta americana). The wasp then leads the zombie roach back to the burrow, where the cockroach patiently waits as a wasp larva slowly devours the insect from the inside out. If you want to see a video of how this plays out, view it on YouTube.

Don’t be a zombie

Performing services as an unresponsive, unwitting “zombie” in the pest control process, without regard for what is happening in the environment, is a recipe for callbacks — especially in multi-housing accounts.

Instead of performing a cookie-cutter application of pest control products in every unit, take the time to incorporate your observations into the control process. Focus on identifying the most heavily infested areas, and target efforts there, but don’t neglect the secondary habitats that might be harboring roaches that will migrate to prime habitat after you’ve eliminated the original inhabitants.

By taking the time to observe and process the inspection data being collected from each individual housing unit, on a case-by-case basis, PMPs can defend themselves against becoming cockroach control zombies and take an active role in eliminating cockroach pests.