Years in the industry: 20

Favorite part of the industry: “The people, hands down! You won’t find finer folks than the people in the pest control industry. Across the board, you’ll find funny, competitive, entrepreneurial, smart folks who are willing to share and know how to have a good time.”

Emily Thomas Kendrick grew up in the professional pest management industry. As the eldest daughter of Pest Management Professional (PMP) Hall of Famer Joe Thomas (Class of 2009), chairman of Arrow Exterminators, and granddaughter of Arrow founders Starkey and Jean Thomas, Arrow headquarters’ in Atlanta, Ga., was like her second home. 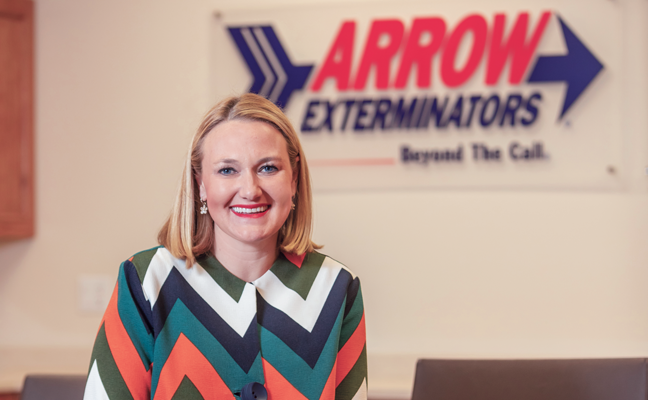 Still, she refrained from formally entering the business until after college graduation in 1998. The Vanderbilt University alumna earned a degree in anthropology and considered law school, but she was drawn to the industry because of what she calls the “people side” of pest control.

Kendrick was named chief operating officer of Arrow in 2003, added president to her title in 2008, and as of 2010 has served as CEO of the company, which reported $199.5 million in revenue last year. 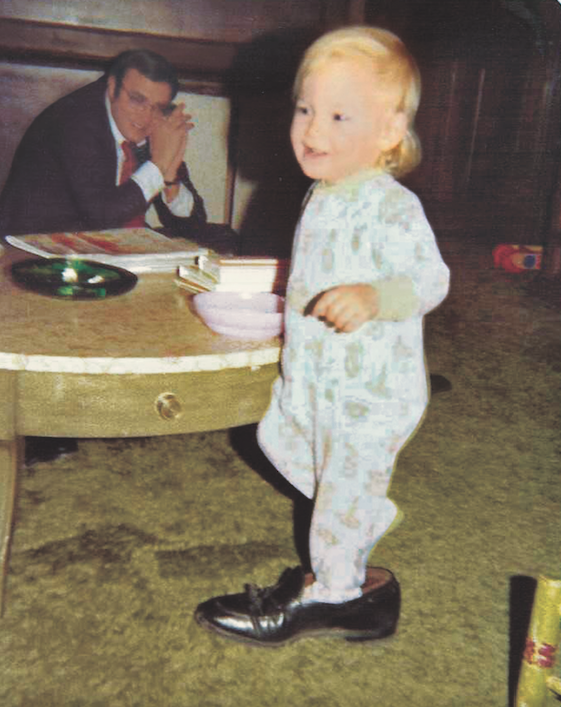 Even as a toddler, Emily Thomas Kendrick knew she had “big shoes to fill” for dad Joe Thomas, seen in the background. PHOTO: EMILY THOMAS KENDRICK

Starkey Thomas began working for PMP Hall of Famer Otto Orkin (Class of 1999) in 1939, and then he and his wife started Arrow shortly after he left the firm in 1964. Joe Thomas started working for his parents in 1972, and took over the company in 1978.

“Dad is the visionary who really made this company soar — from one office to more than 70 when I came in 1998,” Kendrick says. “I have the pleasure of working closely with him still today, and it’s a true honor. In fact, I hope to take the advice of my father and go out ‘feet first,’ which is his plan!”

Kendrick confirms that the Thomas family’s long-term strategy is to keep Arrow in the family, although with a potential caveat: “There will always be a family advisory board, but a family member doesn’t necessarily have to run the day-to-day operations. We see a lot of family businesses make the mistake of insisting that family members run their companies. When that works, it’s great, but it’s not always the best thing for the family or the company.”

Kendrick says her team is “crushing it” in 2018 — and has a bright future ahead.

“This past year was unbelievable for one reason alone, and that’s our more than 2,100 ladies and gentlemen,” she continues. “I have the privilege of working with rock stars on a daily basis, and it’s an absolute blast. We eclipsed $220 million in revenue this year, which of course was a huge accomplishment for our team. And in true Arrow fashion, this team of superstars didn’t just ‘squeak’ past the milestone, either. They blew past it — we’re finishing 2018 with more than $220 million in revenue.”

“While the five-year industry growth rate of the U.S. pest control industry is widely reported to be at about
4.8 percent annually, Arrow’s five-year average annual growth rate is at 11.3 percent,” she adds. That has translated to Arrow creating more than 900 new jobs and 40 new offices since 2013 alone.

Kendrick sees a similarly positive outlook for the industry overall, with continued growth in 2019.

“This is a fantastic industry that is very resilient, and provides a great service that is needed by all,” she concludes. “Arrow plans to continue to play a major role in this industry’s growth for decades to come.”