Rodenticide regulations may tighten in California 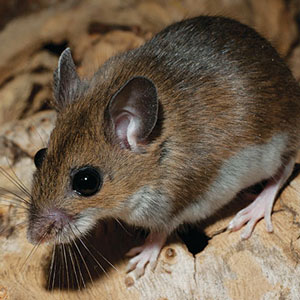 Pest management professionals (PMPs) who operate in California are well aware the state has some of the toughest regulations regarding chemicals and the environment. For instance, over the past three years, the pest management industry defeated bills that would ban all rodenticides in California, says Jake Plevelich, director of public policy, National Pest Management Association (NPMA).

Currently, rodenticides are on the radar of the California Department of Pesticide Regulation (DPR), the agency responsible for regulating the sale and use of pesticides, in an effort to protect the environment and public health in the state.

In November, the DPR announced plans to reevaluate second-generation anticoagulant rodenticides (SGARs) brodifacoum, bromadiolone, difenacoum and difethialone. Activist groups and their lawyers presented data and studies that led to the DPR’s decision to once again reevaluate SGARs, according to the NPMA. These groups maintain that SGARs may have an “adverse impact” on non-target animals.

The last time SGARs were reevaluated, in 2014, they were designated Restricted Materials and subject to an additional use restriction. At that time, it was decided they only could be used within 50 feet of a structure.

The NPMA is working with the Pest Control Operators of California (PCOC), manufacturers and others to oppose the proposed reevaluation. In January, the NPMA submitted to the DPR comments outlining its stand on the issue. The comments stated, in part, that “SGARs are an indispensable tool used by the structural pest management industry to protect the public from the negative health impacts of rodents and the consideration of additional restrictions on the use of these tools should not be entered into lightly. We believe that the data and studies presented to DPR which triggered this proposed action are biased and should not trigger or warrant the reevaluation process.”

The NPMA’s comments referenced research supporting its position that SGARs protect Californians from rodent infestations that can lead to diseases and economic disaster.