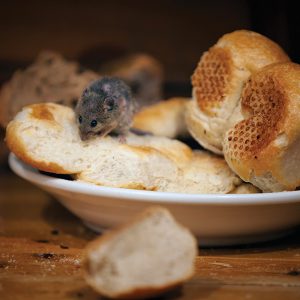 Bill AB 1788 would ban second-generation anticoagulant rodenticides (SGARs) for use in California, and ban first-generation anticoagulant rodenticides (FGARs) on state-owned property. It does not include an exemption for the use of these products during a public health emergency, according to the National Pest Management Association (NPMA). If passed, California would be the first state in the country to impose an all-out ban of these products.

The proposed rodenticide ban has long been in the works and follows California’s precedent of introducing the strictest environmental legislation of any state.

As PMP reported in February, the California Department of Pesticide Regulation (DPR) announced plans in November to reevaluate SGARs brodifacoum, bromadiolone, difenacoum and difethialone. These rodenticides were named Restricted Materials the last time they were assessed in 2014.

Following DPR’s announcement, the NPMA, the Pest Control Operators of California (PCOC) and other entities partnered to resist the re-evaluation of SGARs. They submitted comments in January that questioned the validity of the data and studies presented to the DPR, and argued banning SGARs would adversely affect public health and the economy in California.

“The NPMA and PCOC will continue to work together to oppose AB 1788, which would limit the ability of pest management professionals (PMPs) to protect the citizens of California from disease and destruction attributed to rats and mice,” said Jake Plevelich, the NPMA’s director of Public Policy. “Since the launch of our grassroots campaign opposing AB 1788, over 2,800 messages were sent to California lawmakers, in addition to the numerous phone calls made.”

The NPMA applauds all the members who showed up in force on April 9 to oppose AB 1788. “Although we don’t anticipate it will be an easy fight, we will continue to work together to oppose the bill as it moves to appropriations,” he added.

Pest management professionals who want to help can send a message to legislators.

“Keep an eye out for action alerts, and please continue to visit the Take Action page on the NPMA’s website to make your voice heard,” said Plevelich.