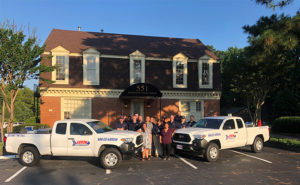 Arrow now has 30 offices serving metropolitan Atlanta. The company says the formation of these two offices, positioned in predominantly residential areas, is consistent with Arrow’s long-term strategy of locating offices in the communities in which they serve and providing new leadership opportunities for existing and new team members.

“Atlanta is our home, and has been so very good to us since our humble beginnings 55 years ago when my grandfather founded Arrow,” says Emily Thomas Kendrick, president and CEO, in a press release. “Being a family-owned and -operated service company, we believe strongly in living and working in the communities we serve. We look forward to better serving the fine folks in Marietta and Decatur and providing them with an outstanding and memorable customer experience, delivered by our unbelievable team of Rock Stars.” 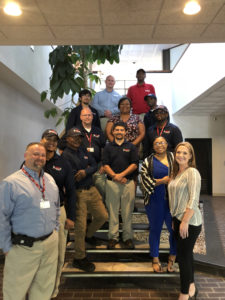 “We carved out these two new offices from our existing offices in Cobb and Dekalb counties so that we can provide new opportunities for members of our Arrow family,” adds Tim Pollard, senior executive VP and COO. “We just concluded our fiscal year and are celebrating our ninth consecutive year of double-digit growth, and the opening of these offices is a wonderful way to start our new year.”