Fungi could be the answer to winter ticks, new research shows 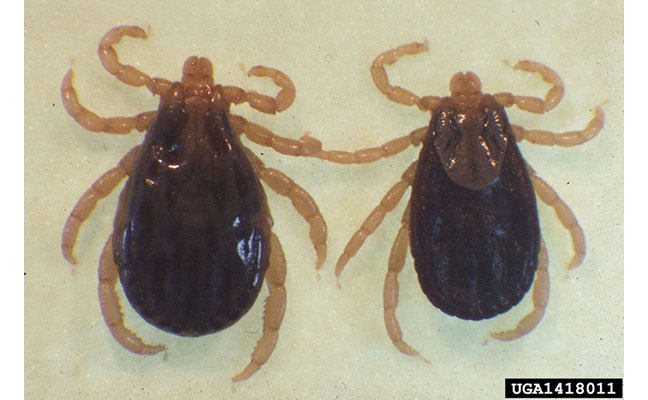 Back in 2015, we featured the horrific plight of so-called “ghost moose,” so named “for the light patches of skin showing as a result of their attempts to remove tens of thousands of ticks attached to their skin by rubbing off their fur.” Three years ago, it was cautioned that moose could be bringing these legions of ticks to residential back yards.

Since then, researchers have discovered that the aggressive ticks are a species not known to attack humans, except in rare instances. The winter tick (Dermacentor albipictus) was discovered in 1869, and described even back in 1909 “as a greater enemy of the moose than were ‘wolves, bears, and cougars.'” But the extreme weather patterns in recent years have only intensified the populations, which also affect elk and caribou. Horses, deer and cattle are also bothered by the tick, but their grooming practices seem to keep the problems from intensifying, researchers have found.

According to a description of this species, also known as the moose tick, by Orkin:

Moose ticks differ from many other tick species since they are a one-host tick with a one-year life cycle. This means that moose ticks will attach to a host and remain on that host until it drops off and dies. Blood-engorged females that drop from their host lay an egg mass that may number up to 3,000 eggs. The eggs hatch in the spring, but larvae stay bunched together in an inactive state throughout the summer.

As the weather cools in the fall months, they become active and wait on leaf litter or low vegetation for a host to brush by before attaching to the host. Because winter ticks do not leave the host, huge numbers of ticks may be found on its host (a study from western Canada estimated an average of 33,000 ticks per moose.).

A 2018 study published in the Canadian Journal of Zoology found that winter ticks “were the primary cause of an unprecedented 70 percent death rate among moose calves in northern New England over a three-year period.” Now, a team from the University of Vermont (UVM) is looking into a granular fungus to stem the tide of these ticks. The fungus had been previously found to control pear thrips on maple trees.

According to an article on Phys.org, UVM doctoral entomology student Cheryl Sullivan, along with her advisors Drs. Bruce Parker and Margaret Skinner, “have demonstrated that natural bio-pesticide formulations containing fungi like Metarhizium anisopliae have the potential to derail the moose tick epidemic. In the lab, the fungus, depending on dose and application method, kills 37 to 100 percent of the larvae it comes in contact with.”

The fungus is a natural enemy of the tick, the article explains, and kills the tick by penetrating its cuticle in two ways, as Dr. Parker explains to Phys.org: “‘One is a mechanical pressure that the fungus exerts. The other is by emitting chemicals that help dissolve’ the outer layer. Once inside, more chemicals are emitted by the fungus that ‘kill or completely engulf the inner portion of the tick.'” The team is currently working to zero in on optimum dosages.

The team hopes that the findings could one day lead to spreading the fungus throughout areas of dense moose habitat, controlling ticks in the ecosystem before the pests have a chance to attack and wound the moose.