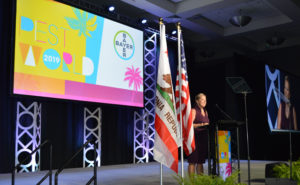 She offered highlights of what the organization has accomplished over the past year and praised members for their dedication to the industry and their customers.

“To be involved in this industry is to love this industry,” she said. “[Pest management professionals are] hardworking, honest, respectful, family-oriented — especially for the many second and third generation companies in our membership — driven to help others and always ready to extend a hand or give advice to a friend or a peer.”

Stumpf said the organization is growing and in a better position to face the future. The NPMA added more than 540 new member companies and had its highest membership renewal rate since it implemented a new dues structure in January, she said.

In addition, the NPMA is now realizing the benefits of the vision and mission through the strategic plan it set forth three years ago, she said. It is working to establish and introduce programming to develop new benefits, resources and training for members.

She recognized her team for their dedication to making sure consumers understand the value of professional pest control and that it protects public health, and helping to form public policy and regulations at the national and local levels.

The NPMA is made up of four distinct organizations with their own budgets, bylaws and boards: NPMA, QualityPro, Professional Pest Management Alliance, and the Pest Management Foundation. Stumpf said within the past year, the NPMA rebranded its leadership networking community, and graduated its first class of the executive leadership program participants.

“The NPMA, with state associations and SPARS, engaged in 865 legislative bills in 46 states,” she said. “No bills passed in 2019 that will negatively impact the structural pest management industry.”

The NPMA’s consumer marketing arm, the Professional Pest Management Alliance, reached out to consumers via the Tiny Termite House, Will They Eat It series, Mosquito Multiplier, and the Bug Barometer. 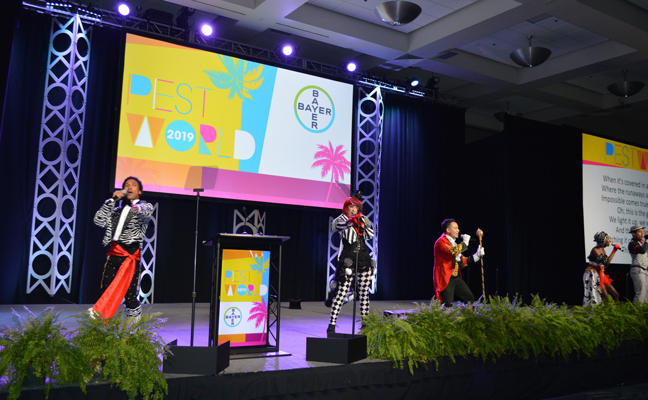 “They work with the media year-round to ensure pest control topics are top of mind with consumers and they partner with the [Centers for Disease Control and Prevention] CDC to convey compelling public health messages to audiences nationwide with their co-branded public service announcement campaigns,” said Stumpf. “The NPMA is working on your behalf to grow this industry with bigger, bolder and better marketing communications programs.”

QualityPro is celebrating its 15th anniversary, she added. In addition, the board approved a strategic plan that will guide the Pest Management Foundation’s efforts over the next three years to meet a $1 million goal.