Professional Women in Pest Management (PWIPM) — a National Pest Management Association (NPMA) committee — provides support, education and networking opportunities to women in the industry. Since 2005, the NPMA has encouraged women to meet up at events such as the networking breakfast held at PestWorld every year.

This year was no different, as the annual meet-up was held at the San Diego Convention Center terrace on Oct. 17. See more photos from the event below.

Allie Allen, BCE, NPMA staff liaison for PWIPM, addressed the crowd of more than 100 women, telling them working with the women is one of the most inspirational parts of her job at the association. As proof, she said she heard from a woman in Pakistan who is starting up a local PWIPM network there.

Dominique Stumpf, CEO of the NPMA, welcomed attendees to the PWIPM Networking Breakfast.

“It’s such a pleasure to see so many women here,” she remarked.

She has been with the NPMA 22 years, and said that because she has “served professional women every step of the way, this is something that’s very important to me.”

She recalled 2004 seemed to be a pivotal time for women in pest control.

“Thereafter, we really started connecting and making sure we can inspire women in the industry to continue be engaged and involved, and help one another grow in their careers in this fantastic industry,” she said.

Stumpf shared the news that PWIPM would be awarded the NPMA’s Committee of the Year later that morning at PestWorld’s general session.

“That’s actually an award for all of you,” she said. “It’s really because of all the work you’re doing back home at your networks as well.”

The NPMA and the PWIPM are available to help women set up their own local PWIPM network program. Quarterly conference calls enable the women leading the groups to get together to talk about their success stories or ways to encourage other women to get involved.

“Make sure you are participating in these calls because they will be inspirational but also help you in your endeavors in your location,” she said as she encouraged women who are interested to reach out to PWIPM.org or Allen.

“As we all know by this morning’s attendance, getting together is really important,” Stumpf said. “It doesn’t necessarily always have to be in person.”

Stumpf then introduced Andy Deering, COO of ServicePro, a long-time supporter of PWIPM.

“I always say every year, the first [PWIPM meeting] I came to, there were 10 or 15 people total. It’s really, really grown,” he said. “All of you contribute to the industry in all aspects: office, technician, management, whatever it may be.”

The company provided sturdy pink PWIPM tote bags for the women in attendance.

The highlight of the breakfast meeting was the introduction of the recipients of the 2019 PWIPM Empowerment Grants. Shay Runion, chair of PWIPM committee and chief human resources officer and senior vice president of professional development at Atlanta-based Arrow Exterminators, handled the honors.

All women in the pest management industry are encouraged to apply for PWIPM’s Empowerment Grants. They help women advance their careers or education, and provide a trip to PestWorld.

The first recipient named was Ashley Sands, executive assistant and customer retention specialist, Future Services, Loganville, Ga., currently is working to achieve her Bachelor’s Degree in management to move into a management position within her company in the future. Sands developed for Future Services, which offers services for pest and termite control as well as lawn care, a movers program that focuses on retaining customers moving into and out of homes that her company already services.

The second recipient introduced was Bridget Anderson, sales development manager, Ecolab, Ponchatoula, La. Although now in management, she began her career at the company as a nighttime specialist. Her goal to save lives and keep people healthy remains the same, however.

“Deni Naumann has helped so many of us in the industry,” she said. “We’re so excited her organization donated $5,000 in her honor on behalf of her retirement.”

To help raise funds for grants, a table of PWIPM-branded merchandise was stationed at the entrance. 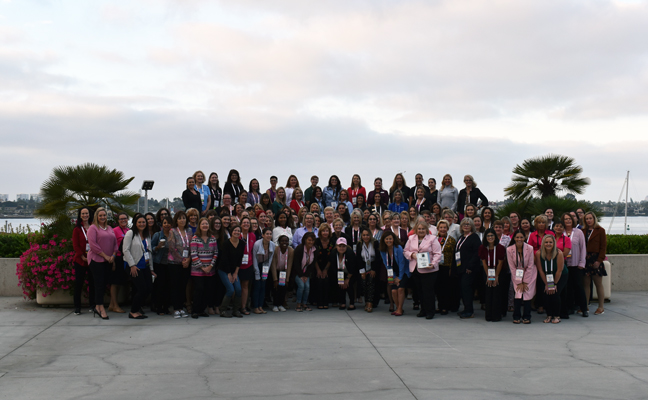 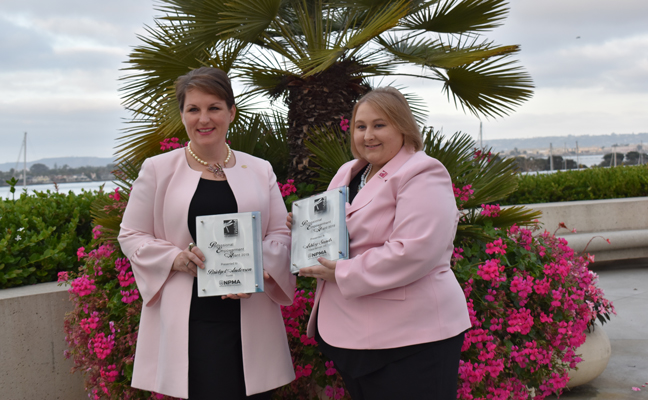 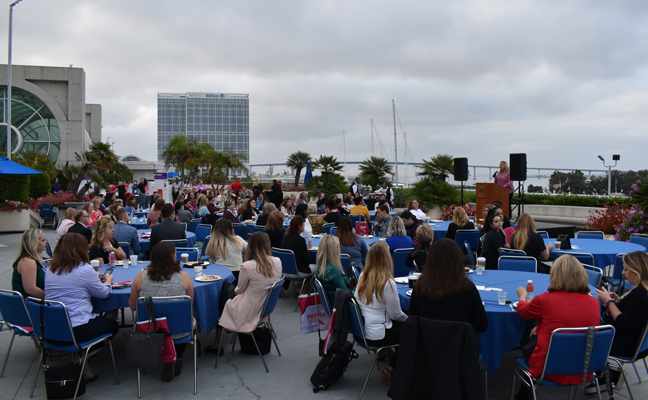 It was an early morning and overcast skies for the PWIPM Networking Breakfast on Oct. 17. PHOTO: DANIELLE PESTA 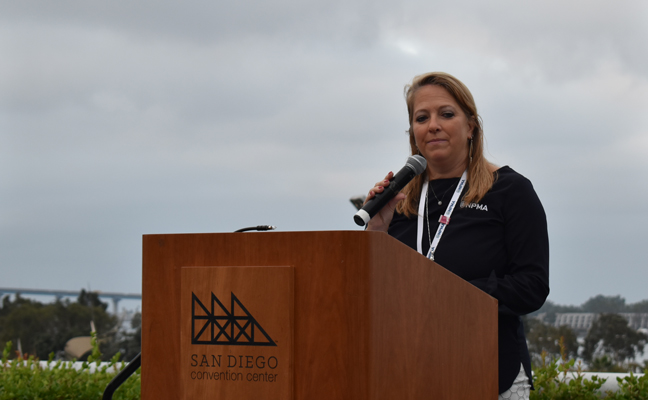 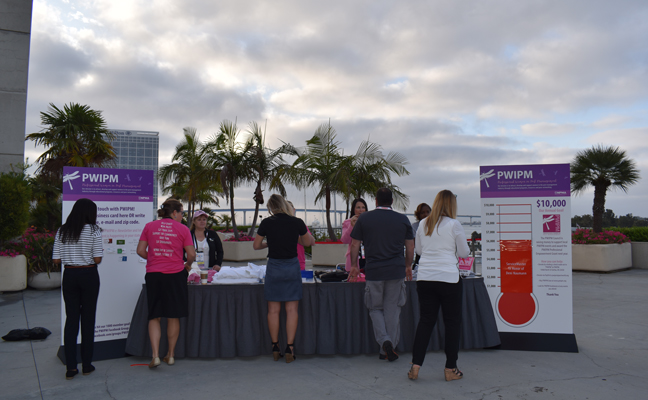 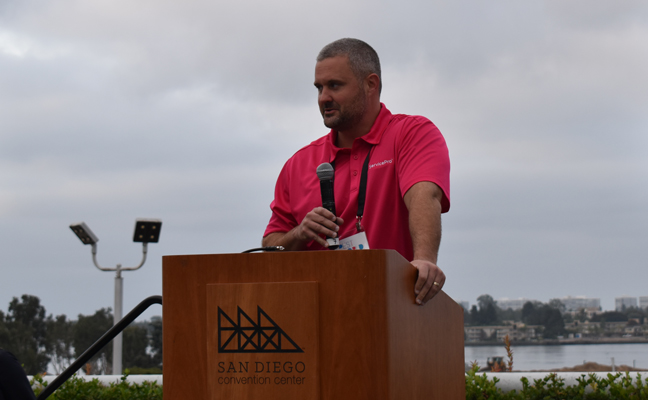 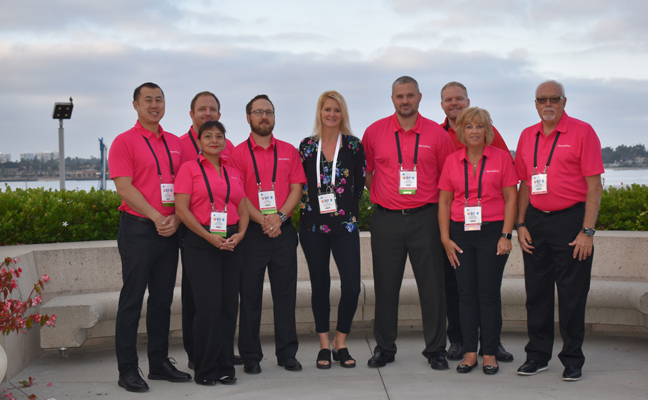 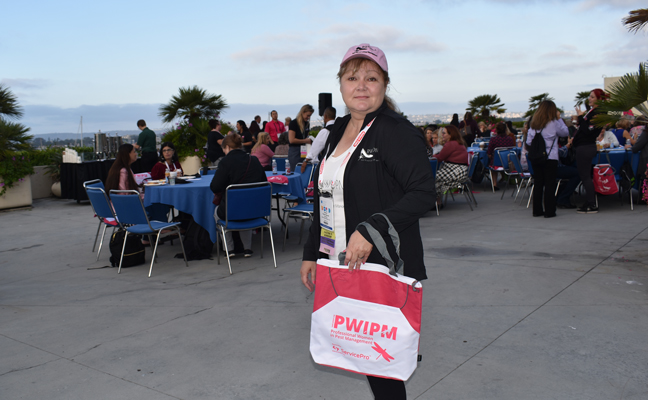 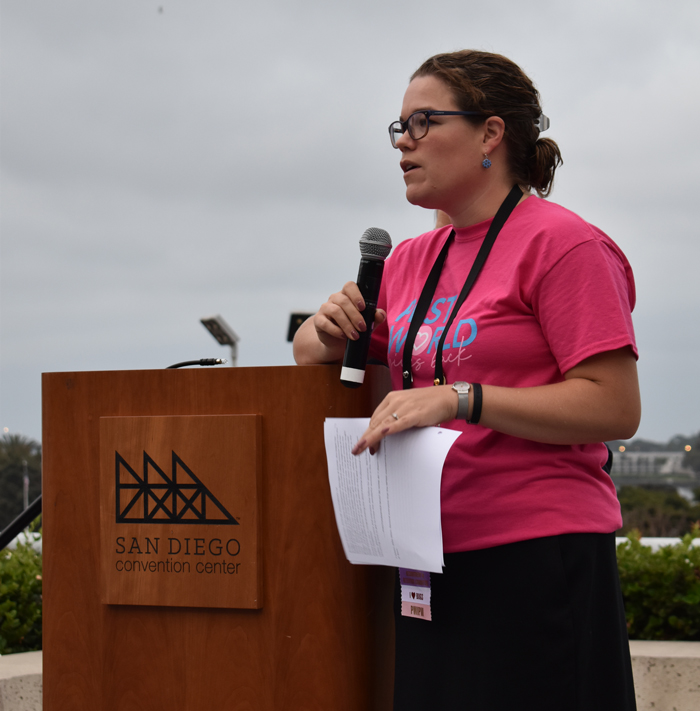 Allie Allen, BCE, is the NPMA staff liaison for the PWIPM group. She welcomed guests and kicked off the breakfast. PHOTO: DANIELLE PESTA 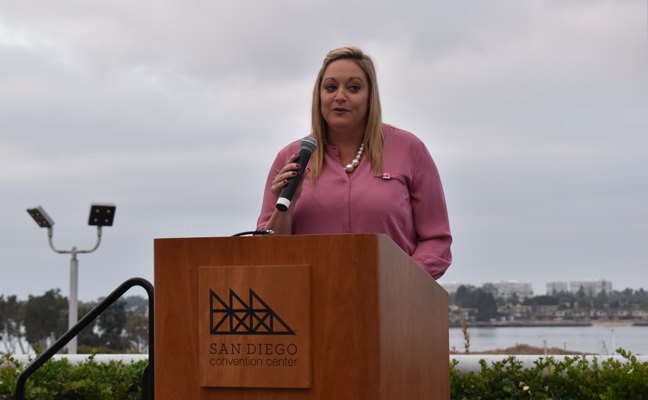 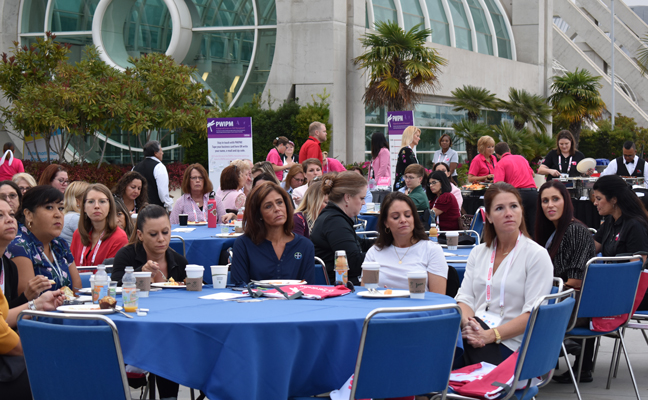 Attendees learned more about PWIPM and whit it has to offer. PHOTO: DANIELLE PESTA

2022 Women in Pest Control conference to be held in Houston