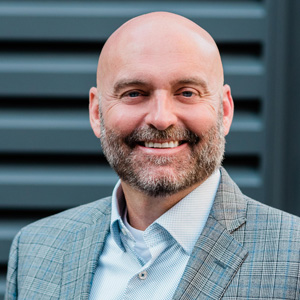 Atlanta, Ga.,-based Arrow Exterminators has reflected in memory of the passing of their executive senior vice president of operations, Charlie Jones, on Feb. 6.

Jones was born March 1, 1976, in Montgomery, Ala., and attended Auburn University. He began his career at Arrow in April 2007. In his role, Jones led many strategic initiatives for the company. He was also a well-respected leader and friend to many in the pest management industry.

Survivors include his wife, Margaret; his three children, Parker Anne, Will and Charlotte; parents David and Jan Jones; and sister, brother-in-law and nephews, Shay, Jeff, Zeb and Eason Runion.

“Charlie was a true servant leader. His impact on Arrow will be evident for generations to come. His ability to relate to others, show empathy and make you feel like you were the most important person in the room is unmatched,” said Shay Runion, chief human resources officer at Arrow. “Not only was he my big brother, but my best friend, teammate and mentor for over 40 years. He was my inspiration, and I will continue to share his story every day.”

Emily Thomas Kendrick, CEO & president of Arrow, concurred. “We’ve lost a giant. What do I mean by that? For me, and I’m sure for many of you, this is what Charlie was,” she said.  “He was all in for whatever he did and felt.”

A private memorial service was held for Jones on Feb. 10. In lieu of flowers, please consider a donation to the Wounded Warrior Project or the National FFA Organization.