The silver lining to the Asian giant hornet phenomenon 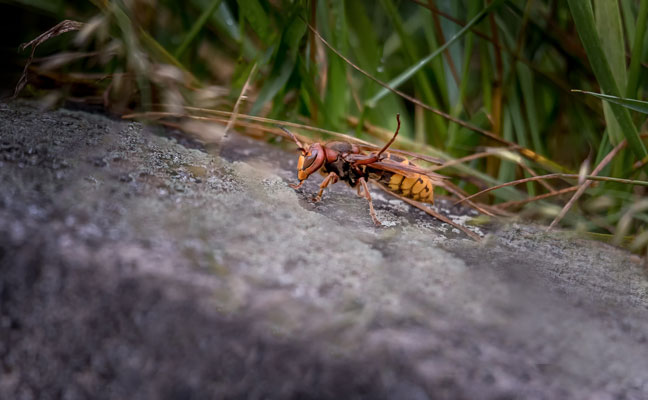 Recent news of sightings of the Asian giant hornet (Vespa mandarinia) in the Pacific Northwest had media outlets “buzzing” with dire predictions for people and pollinators across the United States. The unfortunate misnomer “murder hornet” served to help the news gain traction and increased alarm. As a result, pest management professionals (PMPs) nationwide fielded frantic questions from friends, family and clients concerned that this hornet was threatening their homes and businesses. The U.S. Congress even saw the Murder Hornet Eradication Act introduced by House Natural Resources Committee Chair Raúl M. Grijalva (D-Ariz.) in early May.

The Washington State Department of Agriculture (WSDA) was engaged in a statewide campaign to survey the state to determine whether this exotic hornet had become established. At the time that this column is being written, the WSDA has positively identified zero Asian giant hornets in the state this year. The last positive identification was also the first, reported in December 2019. It is unclear whether any additional hornet colonies will be found.

Despite the hyperbole and hysteria that has surrounded the Asian giant hornet story, there is a silver lining to the media attention this pest has garnered: Consumers across the country have become hyper-aware of the presence of stinging insects, and are seeking additional information from PMPs about these pests. This allows our industry to explain that stinging insects kill between 100 and 150 people each year, and send more than half a million people to the emergency room each year across the U.S. This number is especially striking, due to the contrast with the much-reported Asian giant hornet statistic warning that V. mandarinia kills 50 people each year in Japan.

Ultimately, the message to consumers remains the same: Stinging insect control is a job for a pro, not a do-it-yourself project.