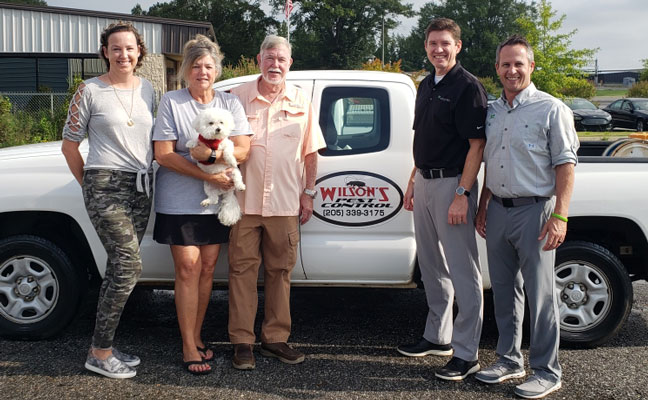 Waynes Pest Control, an Anticimex company based in Birmingham, Ala., has purchased Wilson’s Pest Control, based in Northport, Ala. With operations in Alabama, Tenneesee and Mississippi, Waynes notes that the acquisition strengthens its presence in Tuscaloosa and West Alabama. Terms were not disclosed.

“It’s a bit overwhelming when you hand over your life’s work to another,” Wilson Gammill, who owned the firm with his wife, Bonnie, and their daughter Jenny Hughes, admitted in a news release. “While today is a day of mixed emotions, I am very confident that the legacy of Wilson’s Pest is in very good hands. [President Eric Frye] and the entire team at Waynes share the same core values of integrity, perseverance, courage and character that we have tried our best to exhibit over these many years. I know our customers will continue to receive the same level of excellence under the new ownership.”

With more than 30 years of industry experience, Wilson Gammill holds a master’s degree in entomology. Hughes served as the company’s staff biologist.

Founded in 1973, Waynes began as a pest and termite control company, but has since expanded its offerings to other home-care services. It was acquired by Stockholm, Sweden-based Anticimex in 2019. Waynes acquired Dayton’s Pest Control last September, and Preferred Pest, Termite, and Turf Pest Management just last month.

According to its online history, “when Anticimex was founded in Sweden in 1934, we offered property owners a ‘no bed bugs guarantee’ via an annual contract at a fixed price. The service was highly successful, and we soon broadened our offer to include other pests.

“Anticimex expanded out of Sweden in the 1970s, and today we are operating in 17 countries, offering not only pest control, but also food safety, building environment services, fire protection and insurance.”