Partnering with sports venues is a win-win for Pest Force

Because Austin Elrod played football at the University of Houston while a student there, forming a sports partnership with the school was a no-brainer.

The president and founder of Pest Force Pest Control, Dallas/Fort Worth, Texas, launched his company in 2012, when he was a “broke college student” who needed to earn money while getting his master’s degree. Nine years later, Elrod’s successful company provides pest control for all the athletic facilities at the University of Houston — including the football and baseball stadiums, the basketball arena, and the softball facility. And with that comes valuable marketing opportunities. 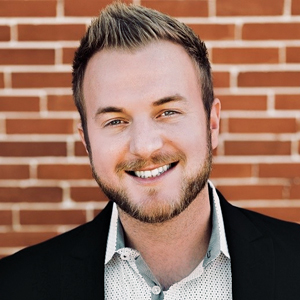 At the University of Houston, this includes print ads in the game-day programs, digital ads that appear on the scoreboard during timeouts and halftime at football games, signage and banners at baseball games, and printed handouts during basketball games.

Elrod’s company also services Dickies Arena in Fort Worth, Texas, which hosts a variety of events, from rodeos to basketball games and everything in between.

“That facility is unique because we have to treat it for cattle and horses during rodeo season,” he says. “It’s obviously different from the pests we encounter at our residential or small commercial accounts. We have to navigate everything from food-handling areas to wildlife and birds.”

The ability to market his work for these facilities has helped his company grow, he says. “We’re able to say we service the University of Houston, Dickies Arena and Baylor University, and getting the word out helps you get to that next level,” he says.

“It gives you another layer of credibility so that when you go after other accounts that aren’t professional sports venues, they still are impressed.”

Some teams will let you put your marketing brochure in the packets they mail to the homes of every season ticket holder. “For a pest control company, that’s a big value because home is where they make their buying decisions,” Elrod says. “Plus, they will open the packet because they are excited to get their tickets.”

Some teams also will let you include on your marketing materials the logo of the venue or the team. “We will do that because it ties us to that team,” he adds. With three locations in Texas, Pest Force Pest Control caters to the athletic facilities in those areas because customers can associate the company with their favorite teams. “In our general marketing materials, we will add the names of the marque facilities we service to give us that added layer of credibility,” he adds.

Whether it’s digital ads or banners, Elrod advises adopting a way to track the marketing efforts that result from sports partnerships. “Find a way to track your investments,” he adds. “If it proves that it’s worth it, or it’s paying for itself, then keep it or invest even more.”

These marketing efforts are a continual source of potential revenue. “We always get calls every time teams run our promos on the big screens at a football game,” he adds. “It’s something we get nonstop.”

- Viking Pest Control updates logo
This article is tagged with 0221, marketing, Texas and posted in Business, Current Issue, From the Magazine