OPPORTUNITY: Think outside the box, like going all-in for advertising at sporting events 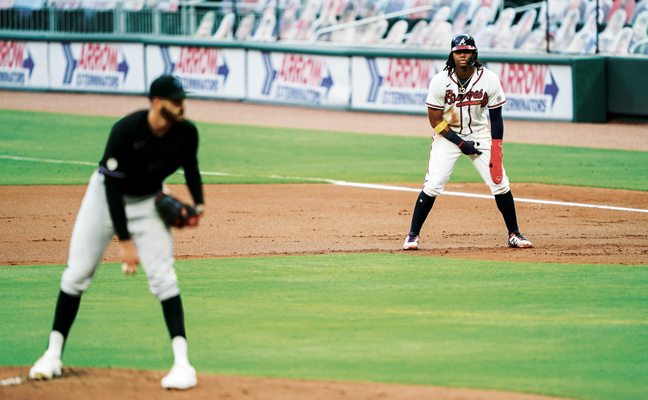 It doesn’t matter where you live — small town or big city — Americans love their sports teams. Pest control companies that partner with local teams are hitting it out of the park when it comes to brand recognition.

Arrow Exterminators, a 57-year-old, third-generation family-owned company based in Atlanta, Ga., now serves customers in 12 states, primarily in the southeastern part of the country. In the communities it serves, its company logo can be spotted in many area sports facilities as a way to raise the company’s profile.

“Outside of the great signage and exposure you get, consumers are loyal to their local sports teams,” says Mike Malone, BCE, the company’s SVP of marketing. “Brand loyalty comes with that. You get associated with the team brand from their loyal fans, and gain credibility and recognition by supporting those teams.”

For pest control companies that have acquired businesses in different locations, like Arrow Exterminators has, sports partnerships can help build each brand in its respective market(s), he adds. 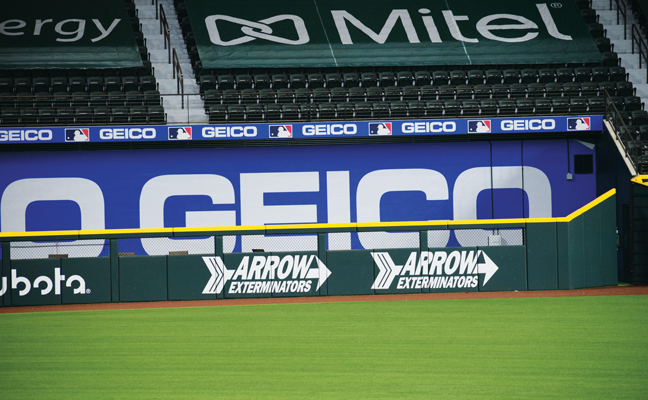 “It brings our company great value to support these teams, and partner with them to help get our branding seen and/or heard in these high-profile venues,” he says.

When games are nationally televised, Arrow Exterminators’ exposure reaches beyond the local community. Malone says that’s what happened when Atlanta Braves outfielder Adam Duvall made an “unbelievable catch” right at the Arrow sign on the outfield wall at Truist Park, the Atlanta Braves’ ballpark. The impressive move made “SportsCenter’s Play of the Week,” so it was shown across the country, thanks to the ESPN TV program.

An extended season also results in increased exposure, as fans continue to flock to games when their teams are having good years. Fortunately for Arrow Exterminators, that has happened on more than one occasion, and as recently as 2019. “It was so cool to see the Atlanta Braves and the Tampa Bay Rays have so much success and go so far in the playoffs,” Malone adds. 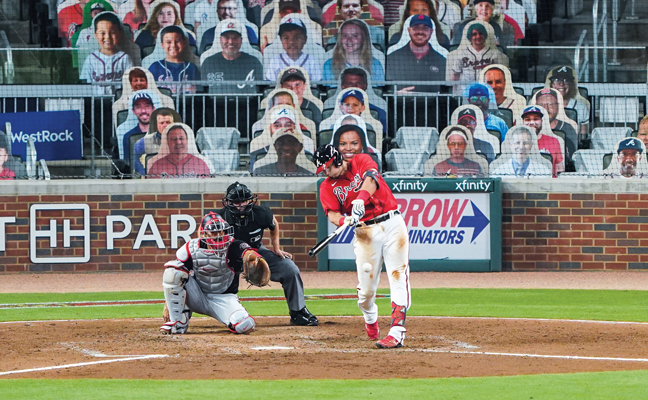 Brand exposure at a ballpark doesn’t get much better than a sign behind home plate. PHOTO: ARROW EXTERMINATORS

In addition, sports partnerships are not limited to signage. They also often entail the use of hospitality suites and meeting spaces, as well as discounted tickets for employees and vendors — impressive perks for any fan.

“Our local sales teams get to know the reps who work with the sports teams, and have nice added benefits they get to enjoy,” Malone says. “For example, our Texas Ranger rep invited our Texas regional sales manager and his wife to a huge rodeo event at the new Texas Ranger stadium one evening. They are huge rodeo fans and had an awesome night.”

Because Arrow Exterminators tracks how each customer hears about the company, Malone knows its sports partnerships work. He says Arrow started out small in local markets, and grew from there. The company’s first partnership with a major sports team occurred in 2008, with the Atlanta Hawks. Now, the company seeks out beneficial, multi-year agreements with sports teams.

“Pest management professionals who work in smaller cities that may not have national sports teams should look for other opportunities in their markets,” Malone suggests. Among the possibilities at the local level are high school football and soccer teams, as well as youth baseball leagues.

Taking advantage of sports partnerships provides pest management professionals yet another reason to cheer on their home teams.

- Meet challenges with creativity
This article is tagged with 0221, Arrow Exterminators, marketing and posted in Business, Current Issue, From the Magazine