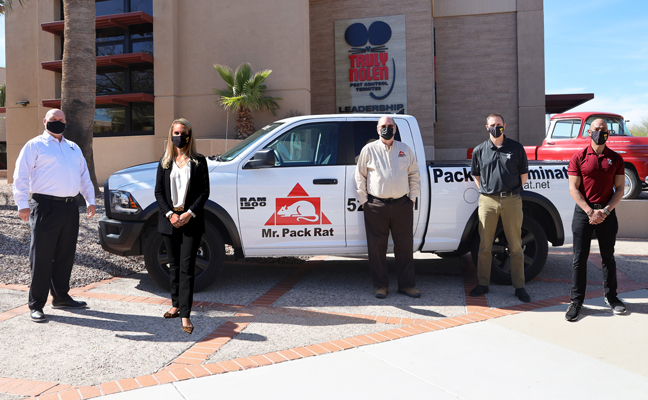 “We are excited to welcome Mr. Pack Rat to our Truly Nolen family,” said Scarlett Nolen, president of Truly Nolen. “Their company specializes in pack rats and is known in Tucson for their excellent work, so we felt providing them with our resources while adding them as an independent division made the most sense for everyone involved.”

Kris Brown, owner of Mr. Pack Rat, explained why he decided to sell his company. “I felt it was the best way to help ensure stability for my customers and employees going forward, especially during these turbulent times,” said Brown. “I spent 25 years with Truly Nolen and was trained by Mr. Nolen himself. I felt becoming an independent division of theirs was the best way to maintain stability while providing resources to help us weather any adversity the future may hold.”

“Mr. Pack Rat is our fourth acquisition this year and we thank Kris Brown for allowing us the opportunity to create an independent division that will allow his team to continue to thrive on behalf of his customers,” Weatherly said. “With our expanded presence in Naples, metro Tampa Bay, and Tucson from prior acquisitions as well as creating this independent division in Tucson, we look forward to speaking to anyone interested in becoming part of our growing footprint across America.”