With some exemptions, the use of second-generation anticoagulant rodenticides (SGARs) is now banned in California. (Editor’s Note: For an in-depth history of this issue, please see the September 2019 issue of Pest Management Professional.)

The California Ecosystems Protection Act of 2020 went into effect on Jan. 1, 2021, and will remain that way until the Department of Pesticide Regulation (DPR) completes a re-evaluation of SGARs with active ingredients brodifacoum, bromadiolone, difenacoum and difethialone. The Department of Fish and Wildlife (DFW) will consult on the re-evaluation. 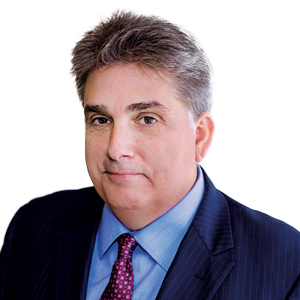 Chris Reardon, executive VP of the Pest Control Operators of California (PCOC), estimates the DPR’s re-evaluation of SGARs will take about 24 to 36 months. The ultimate decision on the use of SGARs will be made by the DPR, which may implement mitigation measures based on science.

The law makes California the first state in the country to impose a nearly all-out ban on SGARs. However, there are a few exceptions in its ruling, which include:

Places where people eat, shop, live and work — such as restaurants, grocery stores, homes, housing facilities, schools, and office buildings — are not exempt. However, SGARs may be used during public health emergencies the bill did not define.

Reardon says it’s up to public health officers to decide what a public health emergency is. In addition, legislation recently was introduced that would allow the California Department of Fish and Wildlife to use SGARs to combat rodent infestations.

“We’re as eager as anyone to see how this is going to work,” he says.

As of Jan. 1, PMPs in California had to comply with the new law, which meant removing SGARs from all bait stations, and disposing of bait in a way that’s consistent with the label.

“This is a large state with a lot of bait stations,” he says. “It was a tall order, but we worked with our members to ensure the bait was removed as quickly as possible.”

Reardon says typically, the DPR would have given PMPs time to remove the SGAR bait and replenish bait stations with alternative products, but did not.

“The DPR decided, for whatever reason, not to allow a transition time,” he says. “We were hoping for 12 to 24 months.”

Because of the complexity of the ban, the PCOC has held meetings so that members can ask the DPR questions. Reardon says additional guidance from the DPR to clarify these questions likely will be forthcoming.

PMPs who do not comply with the ban on SGARs risk receiving enforcement letters from California’s Agricultural Commissioners. “That’s why we urged PMPs to move on this issue,” Reardon says. “I’m confident we are doing everything we can to meet the requirements of the law.”

The NPMA’s stance on this issue is that other states may enact similar laws because of the following factors:

A proposed bill in Massachusetts that did not pass would have created a special commission to study the effects of rodenticides on wildlife. This commission would supersede the regulatory authority of the EPA and the Massachusetts Department of Agricultural Resources. It would have included non-experts, activists, and others who lack the qualifications and experience to evaluate pesticides. The commission’s findings would have been used for nonbinding legislative recommendations to the legislature and governor.

In Washington, some activist groups are allocating resources in an effort to ban rodenticides.