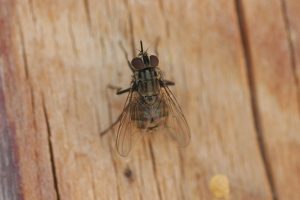 Apex Bait Technologies has been awarded a small Business Innovation Research Phase I grant from the U.S. Department of Agriculture (USDA) to develop market-disruptive pest control technologies for controlling stable flies (Stomoxys calcitrans). Fewer than 15 percent of the applicants ever receive this funding, the Santa Clara, Calif.-based company noted in a news release.

“I am very happy to receive this grant,” Dr. Dangsheng Liang, founder and president of Apex, said in the news release. “We have developed several excellent bait technologies that our licensees incorporate into products sold worldwide. We are confident that many other harmful pests can be controlled using bait technologies, and this grant will enable us to investigate one of them: the stable fly.”

Stable flies are blood-feeding pests that can devastate livestock, causing estimated annual losses of nearly $2.2 billion, according to Apex. The company plans to use the USDA “to develop a liquid bait formulation that utilizes naturally occurring attractants and green pesticides.”

According the University of Florida’s “Featured Creatures” online bulletin:

“The stable fly is a filth fly of worldwide medical and veterinary importance. Stable flies are obligate blood feeders, and primarily attack cattle and horses for a bloodmeal. In the absence of these animal hosts, they will bite people and dogs. Consequently, stable flies also have an economic impact on the Florida’s tourism industry. Filth flies, including stable flies, are synanthropic, meaning that they exploit habitats and food sources created by human activities such as farming. Stable fly is the most universally accepted common name, but there are many others used to refer to this pest, including dog fly because of their preference for canine hosts, biting house fly because of their similarity in appearance to house flies, and power-mower fly after a paper by Ware (1966).”

Founded in 2002, with a stated mission “to develop the best insect baits possible,” Apex has developed a number of working technologies that are not yet on the market, including: