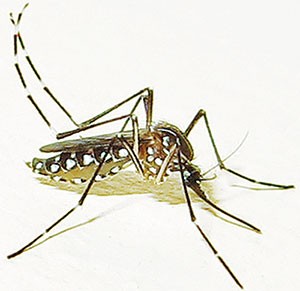 Pest Management Professional (PMP) has been following the evolution of British company Oxitec and its pursuit of using gentically modified (GM) male yellow fever mosquitoes (Aedes aegypti) to lower disease, ever since it was announced at the 2015 American Mosquito Control Association (AMCA) meeting in New Orleans, La., as a technology to watch. In addition to the illness in their common name, yellow fever mosquitoes can spread dengue fever, chikungunya, Zika fever and more.

This week — “after a decade of planning, public engagement and regulatory approvals,” according to a news release — the  Florida Keys Mosquito Control District (FKMCD) has formally launched the project. “Over the next few months, six locations in the Florida Keys will host Oxitec’s male Aedes aegypti release boxes that will slowly release their self-limiting, male mosquitoes,” the Oxitec news release explains. “Like all male mosquitoes, Oxitec’s mosquitoes do not bite. Oxitec’s males are intended to reduce the number of potentially disease-transmitting female Aedes aegypti.”

As the Centers for Disease Control and Prevention (CDC) explains:

“GM male mosquito eggs that carry the self-limiting gene are released into an area. Once they have hatched and develop through to the adult stage, they are available to mate with wild females. The genes are passed on to offspring. The female offspring die before they become adults. As a result, the number of Ae. aegypti mosquitoes in the area decreases.”

Oxitec received an Experimental Use Permit (EUP) from the U.S. Environmental Protection Agency for Florida in May 2020.

The idea of releasing GM mosquitoes has been met with mixed public opinion, as PMP first reported in October. Reactions to this week’s formal launch has been similarly mixed, per coverage from news outlets such as USA Today, The Telegraph and the Miami Herald.

Lexington, Ky.-based MosquitoMate has a similar program, allowing the public to order male yellow fever mosquitoes carrying the Wolbachia bacterium. While the proprietary “ZAP” populations work in a similar manner, the method is not considered genetic modification.

The CDC explains how Wolbachia-carrying mosquitoes work as a control method here, and how the GM mosquitoes, like what Oxitec has developed, here. Yet another method, irradiated mosquitoes, is explained here.

Preventing mosquitoes from coming inside