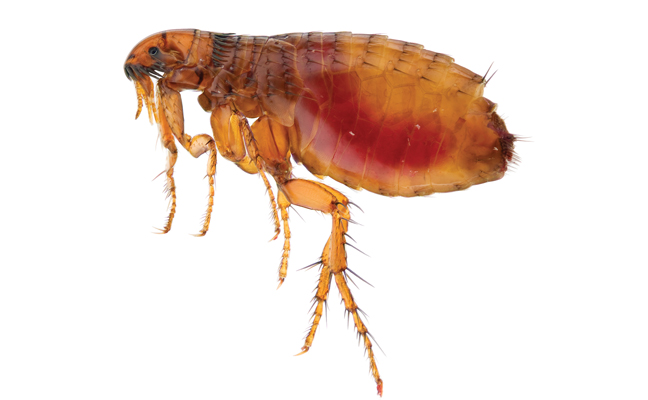 Much of flea control is straightforward and predictable. You find where the pets rest and the areas they frequent, and that’s where flea eggs accumulate and larvae develop. Once treated with any of the labeled products for fleas and the pupal window has passed, it’s done. Keep in mind, though, that cats are tricky and their owners don’t know all the places they rest.

Occasionally, you run across an account where there are fleas, but no pets. It is basic flea biology that they do not develop without a blood component to their diet. This usually is provided by the droppings of fleas on the pets. For this reason, having fleas when there are no pets present can be mystifying. But fleas aren’t magic; there’s always a logical explanation, even if it isn’t immediately apparent.

As in all of pest management, the first step is identification. Identifying fleas isn’t difficult, but identifying the particular species certainly can be. With very few exceptions, fleas on pets are cat fleas (Ctenocephalides felis). On occasion, you may see dog fleas (C. canis). Several other species have been reported on pets from time to time, but none of these are common infestations in homes.

Once you have verified the fleas are cat fleas, it’s game on. Newly emerged fleas need high humidity, but will move out to drier areas to acquire a host. They will bite humans, but they can’t stay on them. If we put this together, it is possible to have fleas developing in an active site with eggs and flea droppings provided by wildlife and those fleas just might get on humans, but they cannot start an infestation in a home without pets.

If an active breeding site such as this were in a crawlspace, under a porch, or in an attic, though, it could provide enough fleas to make the residents think they were infested. You can treat the home any way you like and the fleas won’t stop, because they are coming from somewhere else.

When you are looking for wildlife reservoirs, keep your focus on species that host cat fleas. Feral cats are obvious, but both racoons and opossums can support cat fleas, and can live quietly in the home without anyone noticing. Studies have found that many other species will serve as hosts for cat fleas, but they rarely live close to homes. For the record, squirrels and wild rabbits are not found to be cat flea carriers.

Search carefully. If there are constant fleas, there is a source.

Since 2011, flea allergy dermatitis (FAD) has been shown to be on the rise among dogs, and cats also are susceptible. Bites can not only lead to pet discomfort, but fur and hair loss — and even infection from open wounds, stemming from licking, scratching or chewing on them. According to veterinarian Dr. Stephanie Lantry, flea saliva “contains enzymes, peptides and amino acids. It also contains histamine-like compounds that trigger a release from the dog’s immune system. Flea saliva can cause an inflammatory reaction in animals that are sensitive to it. Some dogs have an immediate hypersensitivity to it within 15 minutes, while others have a delayed reaction that takes 24 to 48 hours.” (Source: PETMD)