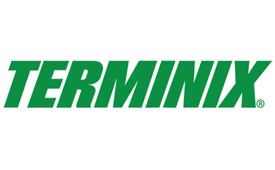 Tuesday, Dec. 14, was a huge day for the pest control industry. That’s because a watershed deal between Rentokil and Terminix was announced that, if closed, will make the world’s largest pest control company, Rentokil, the largest company in North America. This would leave Rollins Inc. (parent company of Orkin and other firms) as the only public pure play pest control company.

The deal calls for each Terminix shareholder to receive 1.069 shares of Rentokil’s American Depository Receipts (ADRs) plus $11 of cash. This is valuing the deal at $55 per Terminix share, a 47 percent premium to their closing price on Monday, Dec. 17, 2021.  For you pest merger and acquisition (M&A) junkies, that’s 3.6x revenue.

The deal is subject to regulatory approval, and there are antitrust issues that need to be sorted. So, if Rentokil shares are falling what does that do to the price of the deal? Obviously, it drops the value of the deal.  Is that normal? Yes, when one company acquires another, usually stock prices of buyer and seller diverge — with the buyer taking a dip and the seller’s stock price usually increasing.  However, in many cases, an acquisition tends to boost the acquiring company’s stock over the long term.

What does this mean for shareholders and customers?

Rentokil estimates annual cost saving synergies of $150 million by Year 3, with significant profit addition in the first year post-close.  This values Terminix at 19.3x 2021 estimated earnings before interest, taxes, depreciation and amortization (EBITDA).  The combined group will have 4.9 million customers worldwide and significantly enhanced route density. In addition, post-completion, Terminix and Rentokil intend to open a new science and innovation center in the U.S., focused on termite and residential pest control.  The combination will result in Terminix’s existing shareholders owning approximately 26 percent of the combined group.

What does this mean for our friends and clients?

Terminix will finally get the direction and discipline in terms of building a high-quality brand, culture and quality name — as for all recent memory, they have been meandering through strategic initiative after strategic initiative, including several leadership changes over the past decade or so. Rentokil has the team and the skill set to build the culture that is needed to make Terminix a respected brand.

That said, in my opinion, this can’t happen overnight. It will take time, and there will be some fallout of technicians, management and salespeople. In addition, the deal itself needs approval from U.S. and foreign regulators. And in going through this process, they will likely need to divest of certain lines of business in certain markets.

So be prepared: There will be some good people available and probably some shuffling of customers that may fall off and become free game for the independents.

What does this mean for the M&A frenzy?

For the next several months, Rentokil, which has been a catalyst in the recent industry M&A frenzy, will be busy making this deal a reality, taking up human capital and financial resources. While I believe the company will still be in the game, I think it will be much more selective in the companies it buys and probably will not push valuations any higher. Once this powerful force in upward valuation goes on hiatus, we may see the others follow. Therefore, we may have seen the top of the market for a while.

Obviously, this is one scenario. However, over the past year or so, we have seen some very powerful private equity (PE) firms start to become comfortable with valuations and make very competitive bids on quality companies.  While Rentokil is working through this very high-profile integration, this may allow PE to fill the void. In the meantime, it also allows the others who are already big players in the M&A space — such as Arrow, Certus, Rollins and Anticimex — to reevaluate their strategies on acquisitions and start to duke it out with PE.

Where do valuations go from here?

This 3.6x revenue valuation (19.6x projected EBITDA, which may change based on how the stocks trade in the period until the deal closes) would have been an unheard-of valuation several years ago.  But recently, this valuation has been hit several times for quality companies; in fact, we have done several deals higher than this amount.  The joke around our office today is that we should have brokered the deal and could have gotten a higher number.

But in a deal this size, it’s not us or the other brokers in the pest space that get to do deals like this; it is the powerful investment banks. Rentokil worked with Barclays Plc and Goldman Sachs Group Inc., while Terminix was advised by Lazard Ltd.

Overall, I think the value is fair, based on the assets purchased. It may set the standard for the next chapter, reeling in these extremely high valuations for the immediate future, but time will tell.

Over my 30-year-and-counting career in the pest control industry, we are seeing the industry grow up in terms of operational sophistication. Companies have increased in attractiveness to Wall Street and its recognition of the valuable assets in our industry.  While this deal is a watershed event that may slow valuations for the near term, I see this as a pivotal deal in the further consolidation.

But as we consolidate, and because the financial barriers to entry are so much lower than other industries, we will continue to see young people start, grow and exit the industry making millions. I could not be more bullish on the pest space.