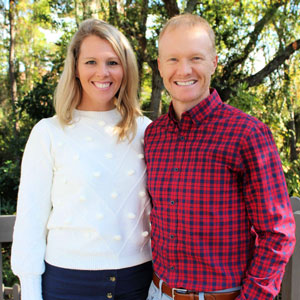 Kristin and Brian Lunsford are the owners of Kingfish Pest Control, LunsPro Inspections and the owners and publishers of Jacksonville Real Producers. PROVIDED BY: BRIAN LUNSFORD

Brian Lunsford and his wife, Kristin, are using their entrepreneurial spirit to expand from pest control to publishing.

Brian told Pest Management Professional magazine that he and Kristin currently own three companies where they live in Florida: pest control, home inspections and a publication platform.

“I look at it as a privilege to be a business owner,” Brian told PMP magazine. “With that, comes lots of ups and downs, but the ceiling is so high as an entrepreneur, I think it’s worth the risks.”

In 2005,  Brian and his brother, Brandon, purchased Inspect-All, their father’s small pest management business based in Atlanta, Ga. By 2019, the company grew to have over 100 employees — and was sold to Terminix.

Jacksonville, Fla.-based Kingfish Pest Control is owned by Brian and Kristin since 2020. They also own a sister company, LunsPro Inspections, in the Jacksonville and Tampa, Fla., areas. 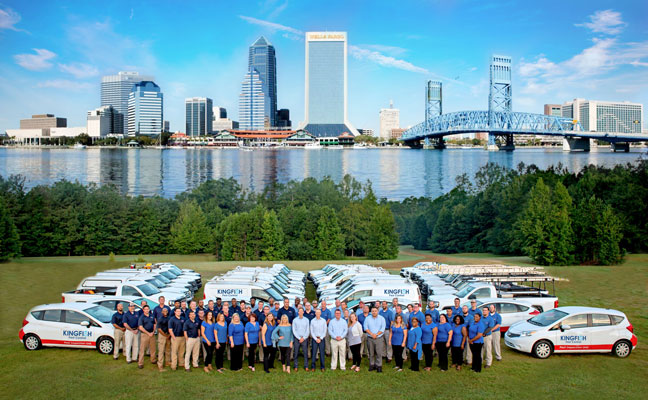 Brian told PMP that they bought Jacksonville Real Producers magazine in 2021 after they heard it would be shutting down. The magazine serves the top real estate agents and businesses in Northeast Florida, Brian told PMP. The couple first went to print as the owners and publishers of the magazine in July 2021.

Real Producers magazine shares stories every month about local real estate agents as well as agents on the rise in cities throughout the country. The magazine also works to build relationships between top industry agents and vendors through events. 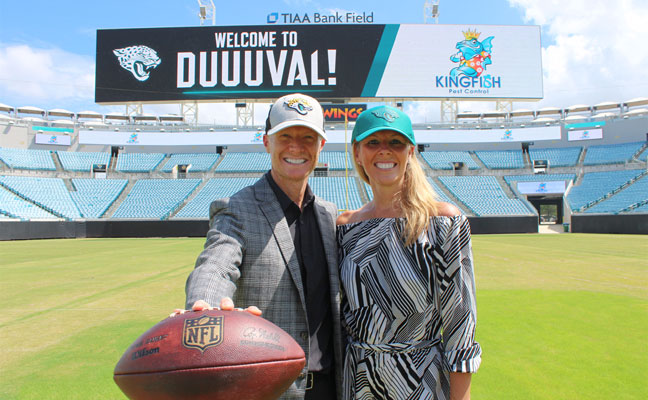 Brian and Kristin Lunsford, who own Kingfish Pest Control, are on the TIAA Bank Field as an official “Proud Partner” of the Jacksonville Jaguars. PHOTO: KINGFISH PEST CONTROL

Since purchasing the magazine last year, they have hosted four different quarterly events that bring top real estate agents in Jacksonville together to network with one another. The first event was held at the NFL’s Jacksonville Jaguars stadium, which Kingfish Pest Control is an official “Proud Partner” of the team.

“All of our businesses, though in different industries, actually complement one another nicely as we see many customers and agents interacting with two or in some cases, all three of our companies,” Brian told PMP magazine.